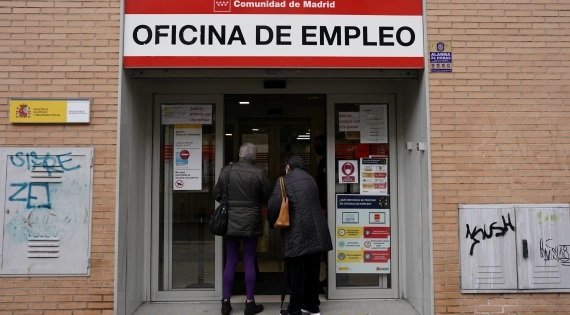 Unemployment in October fell for the first time in 46 years in Spain, breaking the trend dating back to 1975.

Unemployment in Spain fell in October to 734 people, a figure largely symbolic, however, breaks a trend of job losses in this month dating back to 1975, the year the publication of statistics began.

Unemployment fell for eight consecutive months in which the number of unemployed has been reduced by 751,721 workers.

October closed with a total of 3,257,068 people registered as job seekers in the records of the Ministry of Labour and Social Economy.

The Secretary of State for Employment and Social Economy Joaquin Perez Rey has valued the figure as “truly extraordinary” and has pointed out that the figures indicate that “things have been done well.”

“The actions of the Government during the pandemic have been correct and have managed to contain employment in the productive sectors without the crisis becoming structural and permanent,” Perez added.

By sectors, the greatest gross reduction in jobseekers is registered in the service sector, where unemployment fell by 4,683 people (a decrease of 0.2 per cent in relative terms).

By contrast, in the agriculture sector unemployment has increased by 7,577 people while in the group of people without previous employment it rises by 1,742 unemployed.

At the territorial level, the Community of Madrid has 9,851 fewer unemployed people, the Canary Islands (5,242), Castilla y Leon (2,774) and the Valencian Community (2,542) were the autonomous regions with the greatest decreases in unemployment.

The Basque Country (1,063), Navarra (560), Catalonia (510) and La Rioja (284) complete the list of communities where unemployment fell. On the other side of the spectrum, the significant increase in unemployment in Andalucia (8,600 more unemployed) stands out, which comes mainly from the service sector (5,677) and agriculture (1,192).

Despite the rapid recovery in employment that Spain is experiencing, which is considerably more dynamic than that of production, the country maintains the highest unemployment rate in the entire European Union.

According to data published by Eurostat today, November 3, the unemployment rate in Spain in September amounted to 14.6 per cent, more than doubles the average for the European Union (6.7 per cent).