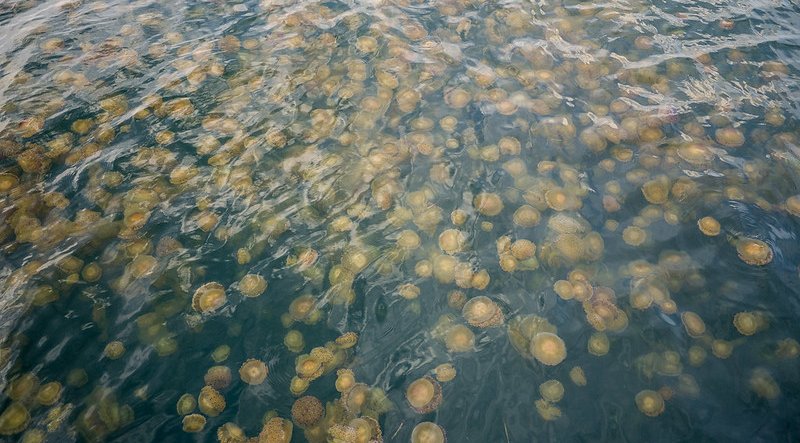 A jellyfish bloom can close down a nuclear reactor Credit: Stephanie Booth flickr

CATCHING up with recent finance news in brief from Spain and UK compiled for readers by Euro Weekly News.

NUCLEAR power stations are invariably situated by rivers or more often on coasts because they need the cooling power of water but what has come as a surprise and caused some shutdowns across Europe has been the arrival of large numbers of jellyfish blocking intake pipes.

AGAINST all odds and an ongoing rise in inflation, the Bank of England decided on November 4 (to the surprise of many financial commentator) not to raise interest rates but to leave them at their all-time low of 0.1 percent for the time being.

GOOD news for the Spanish Government as its proposed 2022 budget sailed through its first vote in Congress on November 4 with all seven amendments proposed by opposition parties voted down so at this stage there will be no need for a budget rethink.

IN order to be able to move to a net zero energy position by 2050, the head of Shell has told the BBC that the only way this can be achieved is by continuing to exploit new oil and gas reserves to afford the change.

ALWAYS a good benchmark for property prices in the UK, the Nationwide Building Society, a major mortgage lender, has announced that a typical UK home now costs more than £250,000 for the first time after prices rose by 9.9 per cent in the last year.

THE number of sales of second-hand cars has shot up in Spain since many fear that their will be a shortage of new cars on the market due to the ‘chip crisis’ with prices rising and some dealers reportedly holding events to mass purchase vehicles.

YET another five UK energy suppliers have closed down due to the ever-increasing cost of wholesale gas prices according to Ofgem. Omni Energy Limited, MA Energy Limited, Zebra Power Limited, CNG Energy Limited and Ampoweruk Ltd who between them had around 24,000 customers join 15 other casualties.

Thank you for reading ‘Catching up with recent finance news in brief from Spain and UK’ and remember that all articles produced by Euro Weekly News may be accessed free of charge.