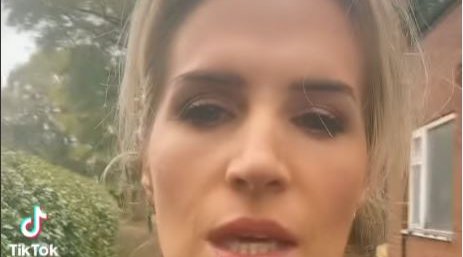 Sarah Jayne Dunn played Mandy Richardson the Channel 4 soap. Her OnlyFans account has caused controversy for the show. After leaving the hit show Sarah took to social media to thank her fans for their continued support.

A Hollyoaks spokesperson speaking to The Metro commented: “Hollyoaks is a youth-facing drama with many young viewers, who follow our cast very closely, both in the soap and outside of it.

“We take our responsibility to our young audience very seriously and therefore the show does not allow any Hollyoaks cast members to be active on certain 18+ websites.

“We had hoped we could reach a resolution with Sarah that would allow her to remain in her role as Mandy, but we respect her choice to continue to produce content on OnlyFans.

“In the past four years since her return to the show her legacy character has been an integral part of some our most important storylines and we will be very sad to see her go.”

After leaving the show many fans supported Sarah. Some even pointed out that Hollyoaks previously had calendars featuring scantily clad members of the cast.

Sarah thanked her fans. On Instagram, she said: ‘Thank you for your support.’

Sarah recently commented on moving some of her sexy content to Onlyfans. She said: “The amount of support I’ve received over the last week, following my decision to move some of my content onto a subscription platform, has been overwhelming!

“’Inspiring, empowering, motivating, trail blazing, brave, strong, courageous, savvy’ have been some of the many positive things that press, friends, family and strangers have described my decision as, to name a few.

“I am thrilled that the reasons behind my decision have been acknowledged, accepted and completely embraced and as I’d hoped have inspired many other women to own their power, dismiss judgment and embrace their feminine.”