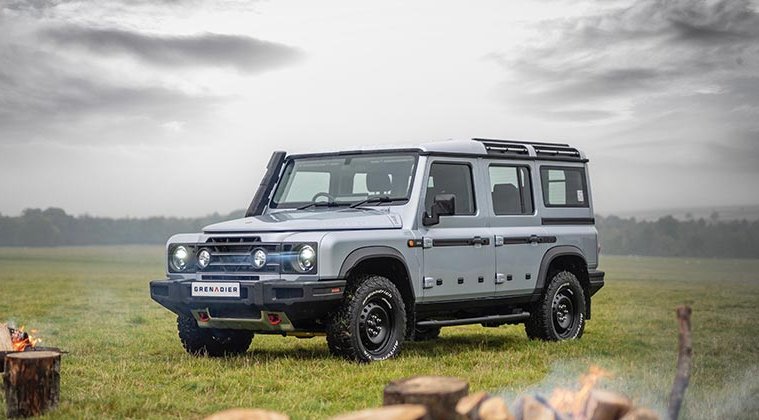 GRENADIER 4x4: The first genuine off-roader that takes a lot of cues from the old Land Rover Defender.

IT’S rare to find a completely new marque entering the motoring arena. Rarer still when the company behind it has never been a vehicle manufacturer. Ineos is not a particularly familiar name to many, and for those who are aware known largely for chemicals, including medical applications, and energy generation, including renewables. It has also dipped its corporate toes into the motorsports arena with the Mercedes-AMG Petronas F1 team.

One of its consumer brands is the British fashion label Belstaff. The company has a long motor racing and sporting heritage famed amongst many things for supplying waxed motor cycle jackets to Lawrence of Arabia and the actor Steve McQueen.

The Grenadier 4×4 is the first offering from Ineos and a genuine off-roader that, rather obviously, takes a lot of cues from the old Land Rover Defender. After getting up close with a Grenadier prototype it is a properly impressive vehicle.

Inside there is a welcome lack of digitisation in favour of buttons and switches that can be operated with a gloved hand. In a touch of aviation appreciation there is an overhead console with pre-wired buttons so that accessories can be installed retrospectively with ease.

This largely analogue interior will be welcomed by many, and especially those who need practical vehicles for work use. And the Grenadier is definitely a working vehicle.

Steel wheels, hose clean flooring and a mechanical rather than technical bias in the engineering underline the planned working credentials of the Grenadier. Along with the use of proven BMW power units the Grenadier comforts its occupants with Recaro made seating.

Even while being driven over some rough terrain the seats are superbly comfortable and hold you in position whatever the terrain.

Prices will start from £48,000, which is more than I expected, but certainly in line with this kind of vehicle offering from other manufacturers.

This very capable newcomer is set for full launch around the middle of next year with reservations already being taken.

Sir Jim Ratcliffe, Chairman of INEOS, and the man behind the Grenadier, said: “The Grenadier project started by identifying a gap in the market, abandoned by a number of manufacturers, for a utilitarian off-road vehicle.” Gap filled!