It’s certainly not my fault! 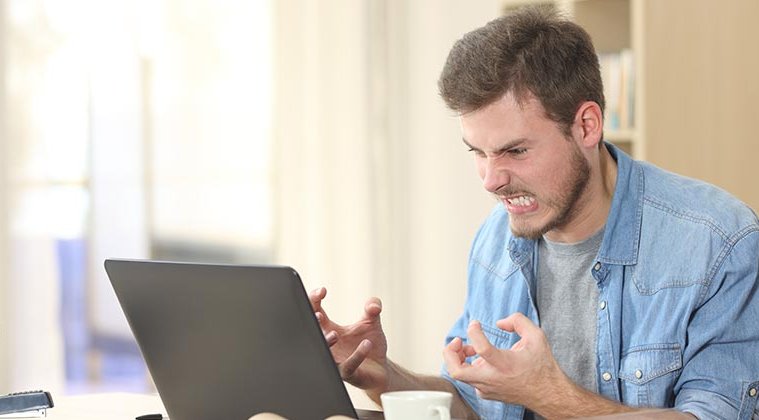 WELL I was grumpy before I started this today – I’m now off the scale. I love living in Spain with all its little quirks but some things at the moment are really getting on my nerves. This is the third attempt to write this because two or three times every day lately my electricity goes off, only for a couple of seconds, but enough to disrupt and, in one case today, wipe out my first draft.

Then the internet also goes off and that’s not including the times it goes off when the lecky goes down. I have IPTV and that has started buffering in the evenings even though I’m supposed to have super-duper fast internet. My TV man blames the jitter, whatever that is, and my internet provider blames – well actually he just shrugs and says he will check it out and always comes back and say it’s nothing to do with them. I don’t know who’s to blame but it’s certainly not me.

My fave radio station has problems with phones and that causes problems for their phone-in programmes which I love and which yesterday morning disappeared altogether for a few hours.  Then the water has decided to chuck a wobbly too today.

I’ve said this before but someone has to tell me what the upside NOW of Brexit is as I’m now waiting for some documents that my daughter posted to me which have been stuck in Madrid for two weeks. It’s an absolute chit show. Loads of friends trying to work out if it’s worth keeping holiday homes here which is damaging the price of property because UK punters are thinking twice about purchasing and the ones that are here are selling up.

Finally, if you have a small child and you get said child a puppy, tell them it’s not a toy. It’s not to be picked up and dropped on its back so you can tickle it or be dragged around whilst your mum and her mate just keep eating and chatting. Why do parents go child blind and deaf as soon as their bums hit the seat in a restaurant? It’s actually hard not to say anything but you mustn’t because I know by looking at them I’m just going to get an absolute volley of abuse for pointing out that their precious is hurting the animal.