Man arrested for throwing woman over the wall of Lugo 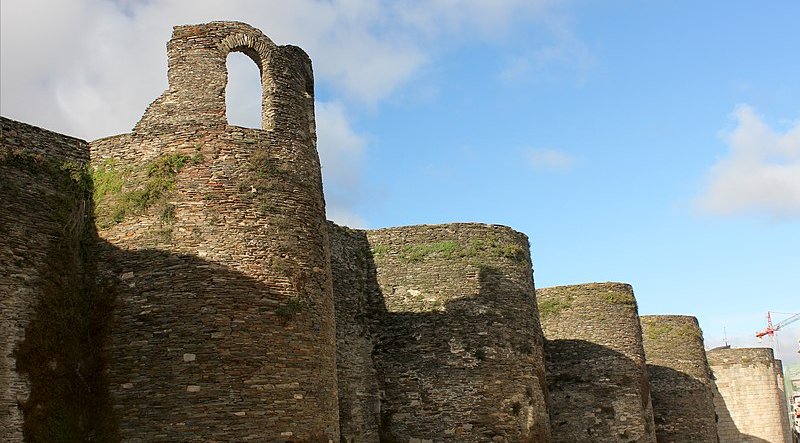 A man in the city of Lugo has been arrested for throwing a woman over the Wall of Lugo.

As reported by the National Police, a male resident of the city of Lugo has been arrested as the alleged perpetrator of two crimes of serious injury and failure to rescue duty for “pushing a woman”  from the Wall of the Galician city of Lugo.

He also left the scene “leaving her lying at the bottom of an interior patio.”

The events occurred at dawn on Sunday, October 31, when the woman met the perpetrator on Rua Nova to have some drinks.

Later, they went to the wall walkway where, according to the investigations carried out, “after an argument the man hit the woman,” who fell “from a height of 12 metres into the interior patio of a house in the area of the Plaza del Ferrol.”

The individual left the woman lying on the ground, with a broken leg and several fractured vertebrae.

According to the Police, he “left the woman lying on the ground, in serious condition, with a broken leg, several fractured vertebrae and a fractured wrist, without giving her assistance.”

According to the police, at 7am a passerby who was walking along the wall walkway “heard cries for help, he did not know where they came from and, after a moment, he was able to locate the place and see the woman lying in the background of an interior patio, with which he called the emergency services.”

Local Police, Fire Brigade and 061 teams were present at the scene and managed to rescue the woman, who at first, had no recollection of what had happened. The victim was transferred to the Lucus Augusti University Hospital (HULA).

The National Police said that the woman “could have been pushed from the top of the walkway.” For this reason, officers in charge of investigating set out to determine the causes of the event.

Although they were unable to speak with the victim on medical advice, they collected “all possible data from the family members who had had minimal contact with her” and recovered the victim’s mobile phone, after which they were able to “immediately reconstruct all the steps taken the night before by the couple.”

A statement was taken from all those involved in the case, from the person who found her on the Wall, those responsible for the entertainment venues where they were the night before and the relatives of the affected person.

The Police identified and detained the perpetrator thanks to a police search through the woman’s mobile phone and other statements.

The alleged perpetrator was detained and transferred to the police station on Calle Chantada, where he entered the cells waiting to give a statement to be made available to the judicial authority, along with all the proceedings.