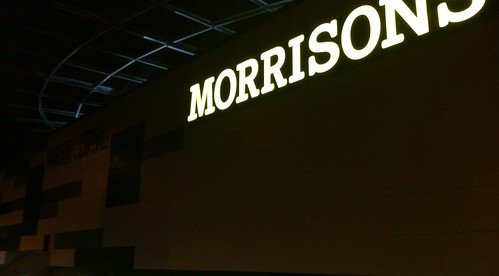 A team leader at a Morrisons store in east London was sacked after she pulled down a colleague’s hijab more than once, and told her “she looked pretty without it on”. Natalie McGonigle yanked on the hijab without permission on two separate occasions while working at the store.

McGonigle said she meant ‘no malice or offence’ and claimed she thought that she was engaged in ‘banter’ with her colleague and they were ‘having a laugh’. McGonigle’s managers at the store suggested she didn’t understand the severity of what she had done.

The team leader denied that she had taken the hijab down on the second occasion, but other members of staff had witnessed both the events in January. The victim, known only as S, lodged her complaint in February of this year, stating that she felt McGonigle’s actions were “disrespectful towards her religion.” McGonigle was then suspended from work for six days as an investigation was launched at their store in Chelmsford, Essex.

Once the employment tribunal was concluded it was found that she had broken company policy with respect towards other employees. Her claim of unfair dismissal was rejected, as were further claims of breach of contract/unlawful deduction from wages relating to a ‘Covid Bonus’ she thought she was owed after being sacked.

During the tribunal, McGonigle was accused of ‘downplaying the severity of her actions’ by showing that she and ‘S’ remained friends on Facebook, and showing pictures of ‘S’ without her hijab on. Employment Judge Manjit Hallen said: “The Tribunal had no doubt in finding that the genuine reason was Mrs McGonigle’s misconduct.

“At the heart of the case appeared to be a misconceived belief on Mrs McGonigle’s part that pulling down S’s headscarf was done in jest and was not malicious. Given [she] was in a position of authority as a Team Leader with [Morrisons] and should have been fully conversant with the Respect in the Workplace Policy, the Tribunal could not see how [Mrs McGonigle] could have reasonably come to that conclusion.”