NO SEPARATING THE OLD RIVALS 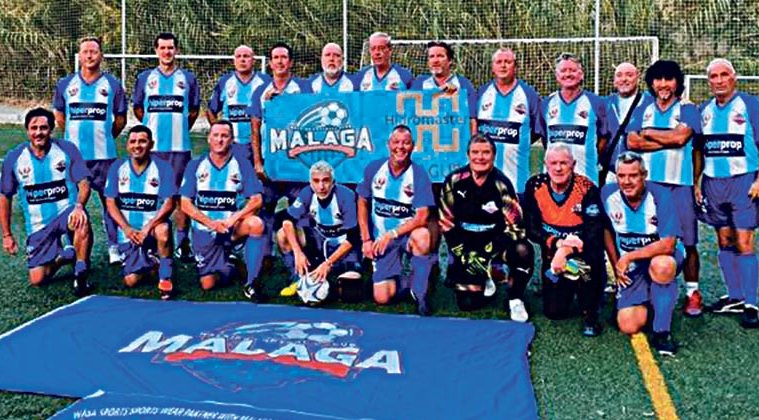 THE Walking Dead played host to their Old Rivals Malaga when the A and B teams met on Wednesday October 27 at the Finca Naundrup.

Typical of the battles between these two, both matches were hard fought, edgy, but played in the true spirit of the game and well controlled by referee Adam Chandler. Goals were scarce due to some good saves by both goalkeepers in the B team fixture, it finishing 0-0 and the A team’s 2-2.

It keeps Malaga top of the A HIDROMASTER Premiership with the Walking Dead one point behind.  The other teams close behind.  Viñuela B stay top of the Championship with only one point separating second top and second bottom. Viñuela have a Social Football session with all welcome from 7pm on a Thursday.

Nerja are bottom place in both leagues and have yet to win a game, but are confident they will soon turn things round. The squad is growing as is the confidence and they are sure their first win is not far away. Perhaps at League leaders Viñuela this coming Sunday?

Nerja are looking to recruit more players. Over 50? Go along to the Parque Verano Azul in Nerja on Sundays from 11am to 12.30pm.

Malaga continue their crusades after the Algarve tournament travelling further up the coast to Mojacar for a MIni Costas Tournament representing the Costa del Sol along with a Benahavis select also appearing. From Alicante, Costa Blanca there will be Esquina Park Rangers and Los Amigos from Costa Almeria.

Calahonda WFS will travel to Gibraltar  on Wednesday November 10 for their ‘Annual’ trip, postponed last year due to the pandemic.

Finally, Sunday October 31 saw the closing date for the Walking Football Association of Iberia Committee Election. It was a case of a last-minute flurry of nominations after a disappointing slow start to the campaign. However, all posts, except the Tournament Director’s post which will go to a vote, were filled allowing the Committee to sit as soon as the voting is complete.