Person who abused Natalie Wood as a teenager finally revealed 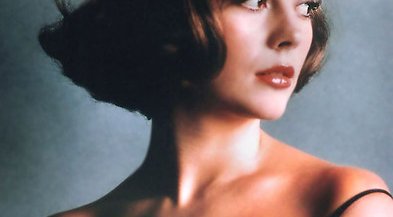 For more than 50 years, a horrid rumour swept through Hollywood and beyond, that Natalie Wood was sexually assaulted by an actor twice her age when she was just a teenager. Now her younger sister has written a memoir and identified a long-suspected alleged assailant: Kirk Douglas.

The reported incident occurred in the summer of 1955, while Natalie Wood was completing the filming on ‘The Searchers’. “I remember that Natalie looked especially beautiful when Mom and I dropped her off that night at the Chateau Marmont entrance,” Lana Wood writes in Little Sister. The meeting had been arranged by their mother, Maria Zakharenko, to facilitate Natalie’s rise in Hollywood, the thinking being that “many doors might be thrown open for her, with just a nod of his famous, handsome head on her behalf,” says Lana.

All came unravelled when Natalie returned to the car, “very dishevelled and very upset”, after a long time gone inside the hotel. “Something bad had apparently happened to my sister, but whatever it was, I was apparently too young to be told about it”, Lana writes. According to her, they were both adults before Natalie admitted what had happened that night in Douglas’s suite. Natalie said to her sister that she had been hurt by him, and “It was like an out-of-body experience. I was terrified, I was confused,” Lana recalls her saying.

Natalie and her mother agreed to keep quiet about the incident to protect her career, and Lana promised not to discuss the assault by Douglas, but the rumours were so strong when he died, Natalie’s name trended alongside his on Twitter. Lana Wood writes “with no one still around to protect, I’m sure she’ll forgive me for breaking that promise.”

Douglas’s son, actor Michael Douglas, said in a statement issued through his publicist: “May they both rest in peace.”