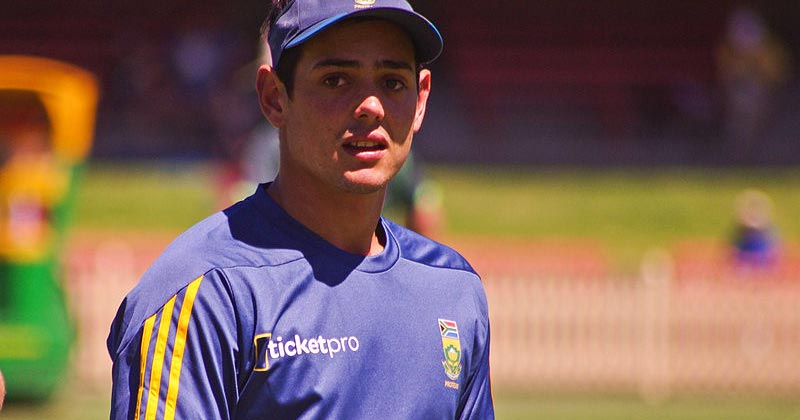 I DON’T think any occurrence has raised my hackles much more than the event which took place in South Africa this week. After a recent match, Quinton de Koch, an established young mixed race SA international cricketer, was made to deliver a grovelling public apology for refusing to take the knee with his teammates.

It soon became clear that if he didn’t make some serious act of contrition his cricketing career could well be over. Of course, in a place like South Africa, where most of the white and Asian population – many who weren’t even born during the days of apartheid – are treated with appalling disdain, both by the government and local black populace alike, it was not surprising at all. Many white South Africans live in constant fear of serious injury or death daily.

Those who can afford it live behind high walls with guard dogs and guns that are a normal part of their everyday existence. Those less well-off often reside in filthy ‘interment’ camps where, unable to find work, they consider themselves lucky to possess a ragged shirt on their backs or enough food to keep them from starvation.

This unfortunate young man had no chance whatsoever. Protesting that he wasn’t a racist and was merely in disagreement with the fact that being ‘ordered ‘to kneel removed his freedom of choice, cut no ice with the authorities whatsoever. ‘Toe the line or take the consequences’ is the message that emerges from this incident. It is pure fascism, no more no less.

Naturally the British media gave blanket coverage to this young sportsman’s humiliating public apology – because they wholeheartedly condoned the decision. Governments refuse to get involved in all this destructive ideology because they are petrified of it costing votes; their lily-livered attitude consequently gives news channels carte blanche to report only what they consider agrees with their own left-wing philosophies.

Trial by the media is rife in the UK.  Anyone who has anything to lose is completely at their mercy. Although concealed behind a cloak of democracy it is actually no different to the doctrine of Mao Si Tung and Kim Jon-un. Love him or hate him, Trump recognised this subversive strategy, which is why he worked relentlessly to cut out the ‘media middle’ and deliver his policies directly through the social outlets. Of course this is  why the main media hated him. Well, I hope they are all proud of themselves.

The British propaganda machine is, yet again, so completely out of touch with public opinion they have managed to instill more racist unrest into the country than ever before in its history. I wonder how many British sports people do actually take the knee out of choice, or more out of the fear that a media onslaught could lose them everything. Unfortunately none of them could dare admit it anyway. Yep, I’m afraid the only thing George Orwell got wrong was the date!