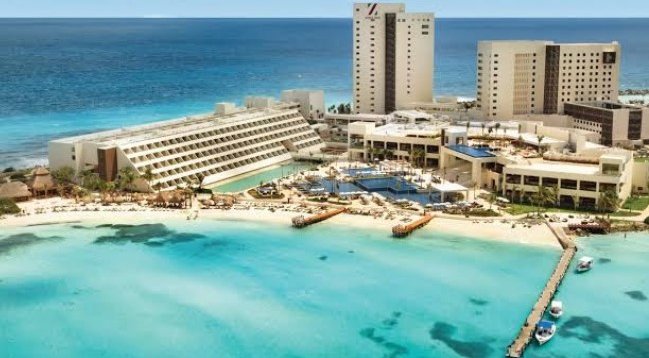 A shootout between suspected drug gangs in a luxury resort in Mexico has left two people dead today, Thursday, November 4. According to a statement from the Quintana Roo Attorney General’s Office, the incident happened on a beach in Puerto Morelos, in between two 5-star hotels.

Both dead are believed to be members of the rival gangs involved in the shooting, with no other casualties reported said the statement. The beach was full of holidaymakers at the time the shooting broke out, with many apparently seen rushing to hide in their hotel rooms.

Jim Wildermuth, a guest from Atlanta, Georgia, who was staying at the luxury five-star Hyatt Ziva Hotel in Cancun, told ABC News how he was outside by the swimming pool when he heard the sound of gunfire at around 2pm local time. “We kind of looked at each other funny”, he said.

Mr Wildermuth told how they were informed by hotel staff that an active shooter was on the loose. He ran to his room, and then saw military personnel outside instructing guests what to do.

“We are aware of a developing situation at Hyatt Ziva Riviera Cancun. We understand the hotel team immediately engaged local authorities who are on the scene investigating the situation”, a spokesperson for Hyatt reportedly told ABC News. They added that the company was “taking steps in an effort to ensure the safety of guests and colleagues”, as reported by abc.news.go.com.