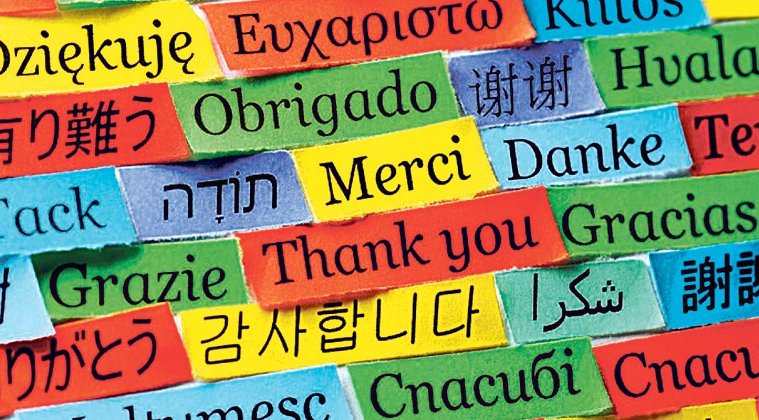 EUROPEAN LANGUAGES: Each are totally different with their own grammar etc.

Apparently, the world’s most commonly used word is ‘Okay’. But, apart from their use of this word, all the five major Western European languages (English, French, German, Italian and Spanish) are totally different, each with its own grammar, vocabulary and pronunciation. Because, apart from the pronunciation, Italian is so similar to French, I have not quoted any examples in Italian. Likewise, Portuguese and Spanish.

English and French spelling and pronunciation can be completely illogical. Each German, Spanish and Italian word (except those of foreign origin) is pronounced in accordance with the way it is spelt, unlike words such as ‘thorough’ and ‘merveilleux’.

Each language has its own distinction from all or some of the others. For example, only Spanish has two different words for ‘to have’ (tener and haber) and ‘to be’ (ser and estar).

Only English nouns have no gender. The definite article is invariably ‘the’. Only one common adjective (blond/blonde) changes its gender.

German is the least Latin of these languages. And yet it is the only one to change the articles in recognition of the genitive, dative and ablative cases. ‘Under the tree’ = unter dem Baum.

In English and Spanish, the auxiliary verb with the past participle to form the perfect tense is always ‘have’ (seen/come) or ‘he’ (visto/venido). The verb in German, French and Italian uses ‘to be’ if the participle implies movement or transition etc.) Ich habe gesehen/ich bin gekommen or j’ai vu/je suis venu.

Unlike French, Italian and Spanish, in English and German, the adjective precedes the noun. But the prefix can be detached from many German verbs and sent to the end of the sentence, depending on the context. The order of words in a standard German sentence is very often quite different from the other languages.

Spanish follows Latin by dispensing with personal pronouns except when required for emphasis. This is because the hidden pronoun is clear from the verb. Hemos visto = ‘We have seen’.

In Spanish, the accent serves two purposes. It indicates which syllable has the stress. If the stress is not on the penultimate syllable, then it is on the syllable with the accent over the vowel, as in Córdoba. It also distinguishes between two mainly monosyllabic words with the same spelling but different meanings. Examples are si (if or yes), el (he or the) and mas (but or more) etc.

In English, depending where the accent falls (and there are no accent marks) the same word can have different meanings. ‘Invalid’ and ‘entrance’ are two examples. You have to know where the stress is on such words as interest, interment and interact, as there are no clues.

There is only one word for ‘you’ in English. There is no distinction between familiar and formal or singular and plural.