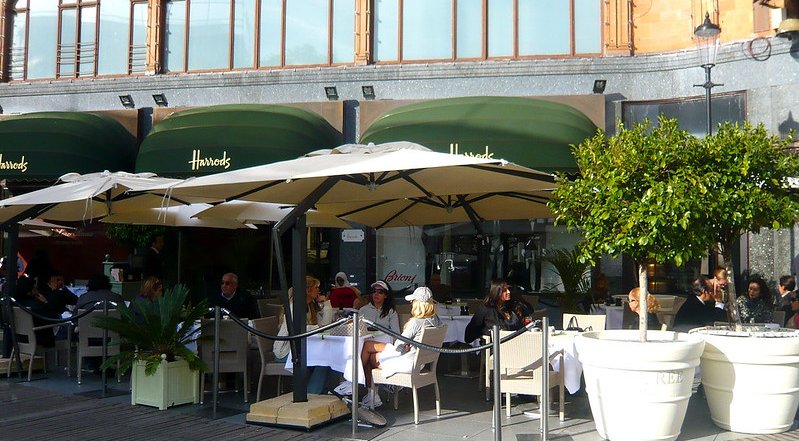 There may be no Christmas food service this year Credit: Herry Lawford flickr

This means that owners Qatar Holding, the investment arm of Qatar’s sovereign wealth fund which purchased the 172-year-old store in 2010 for an undisclosed sum thought to be in the region of £1.5 billion will not be receiving a dividend payment for an expected two years.

The lack of rich overseas visitors and the fact that the store had to close its doors for much of 2020 saw turnover drop by around 50 per cent and added to that has been an overall increase in many of its overheads, caused in part by Brexit.

2021 also saw a greater impact from Brexit and many weeks of closure, so the company will need to act to cut costs in order to try to at least reduce the loss in the accounts closing in January 2022.

To add to its woes as it attempts to recover lost ground, it has been advised by trade union United Voices of the World (UVW) which represents waiters and chefs at Harrods that it plans to call a strike during the busy Christmas week to demand higher pay as many of its members are undertaking additional work due to staff cuts.

UVW describes itself as an anti-racist, member-led, direct action, campaigning trade union which exists to support and empower the most vulnerable groups of precarious, low-paid and predominantly BAME (Black, Asian and Minority Ethnic) and migrant workers in the UK.

Thank you for reading ‘World’s Leading Luxury Department Store reports a significant loss’ and remember that all articles produced by Euro Weekly News may be accessed free of charge.