Police shoot and kill knifeman at health centre in Madrid 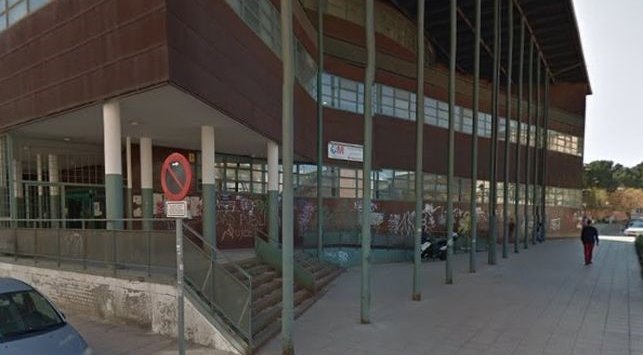 The National Police have shot and killed a man who threatened several people with a large knife at a health centre in Madrid.

The National Police have killed a man who has threatened several passers-by with a large kitchen knife at the gates of the health centre in the Madrid town of San Cristobal de los Angeles, in the Villaverde district.

The assailant, a sub-Saharan man, pounced on one of the policemen with the knife, causing the officer to shoot him, sources have confirmed.

The man continued to try and attack the officer, causing his colleagues to also fire shots which then caused the death of the aggressor.

Several African residents of the neighbourhood have rebuked the police and accused the officers of racism.

The incident happened around 10am this morning, November 5, when 091 received several calls notifying them that a man was threatening people with a machete or a large kitchen knife in front of the door of the outpatient clinic of San Cristobal de los Angeles.

A few minutes later, several officers of the National Police arrived at the scene. Immediately, the man pounced on one of the officers and raised the knife with the intention of attacking him and injuring his hand.

The policeman fired a shot with his regulation weapon, sources from the Madrid Superior Police Headquarters confirm.

Despite this first shot, the man insisted and continued to attack the officer with extreme violence.The other policemen, seeing that their colleague’s life was in danger, fired on several occasions.

The National Police notified the Emergency Services of Madrid, while they proceeded to carry out cardiovascular resuscitation to the aggressor.

According to sources from the 112 from Madrid, when the SAMUR arrived they continued resuscitation that the officers had already begun but the man died.

The man was aged between 30 and 40 years old with a history of assault on authorities, three this year and one in 2020.

The noise of the shots, in addition to the coming and going of Emergency and Police vehicles, alerted the residents who witnessed the events unfold.

Among them, a group of African residents approached the officers to recriminate their actions and accused them of racism.

However, the Police allege that this is the usual action protocol in these cases. In the case of aggression, officers must use proportional means, in this case, his regulation weapon.

In addition, the police say, if officers have had to shoot it is because they have really seen the life of their companion in danger, otherwise, they would avoid using weapons at all costs.

At the moment, forensic police are at the scene collecting evidence and checking over the clinic, which had to close its ports to avoid greater any further incidents.