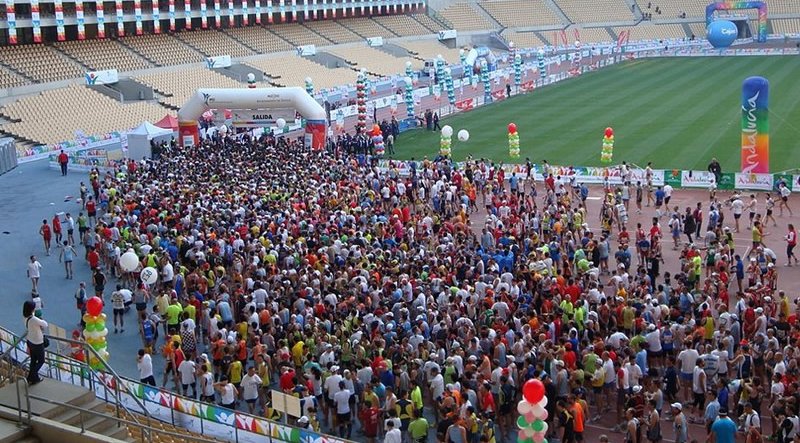 This year’s Zurich Marathon of Sevilla has already completed its quota for the 2022 race, scheduled for February 20. The 2021 version of this annual run was postponed due to the pandemic. According to organisers, they have covered the 10,000 numbers in just 63 days since opening for registrations.

The 2022 event will be the most ‘Spanish’ one in recent history, with 7,536 national particpiants, equating to 73.65 percent. Of this total, 2,696 runners are from Sevilla province. Madrid is represented by 1,033, and Cadiz will have 342 competing. Every community of Spain has at least one entrant.

A total of 73 different countries will be represented in this 42 kilometers and 195 metres race. Portugal has the highest number, with 521, while the United Kingdom has 433. There will be 398 French, along with runners from as far afield as Hong Kong, New Zealand, Brunei, Afghanistan, and Singapore.

Runners like competing in the Zurich Marathon apparently due to fact that it has one of the flatness routes in Europe. It is also at sea level, which means the runners are protected from the wind, making it perfect for all standards of competitors to do their best.

David Guevara, the councillor of Ecological Transition and Sports of Sevilla City Council, commented this race only adds to “Seville’s capacity as a city of sports and the guarantee in the organisation of large events”.

There are only 33 curves along the whole route, which brings the public closer to the runners, especially around the start and finish line. Up to six meeting points can be located within a radius of fewer than two kilometres .

The circuit is surrounded by such Sevillian sights as Triana, the Torre del Oro, the Ronda Historica, the Arco de la Macarena, the Alameda de Hercules, the City Hall itself, Sevilla Cathedral, Archivo de Indias and Real Alcazar. There will also be up to 22 entertainment points, with music groups and performances to help energise runners and the public, as reported by diariodesevilla.es.