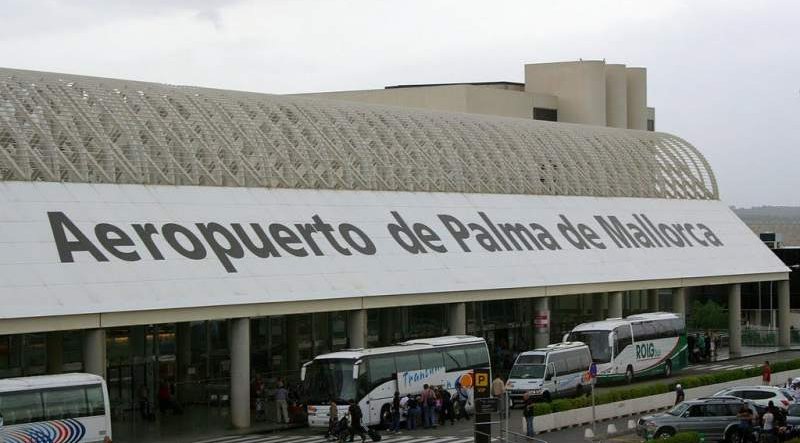 Palma de Mallorca airport resumed its activity at midnight from Friday 5 November after more than three and a half hours closed due to the escape of a multitude of fugitives from the plane.
UPDATE: 11 FUGITIVES WERE ARRESTED TODAY, NOVEMBER 6, AND ARE NOW IN POLICE CUSTODY.
Palma de Mallorca airport suspended all its activity around 20.30 and was announced on the air traffic controller’s official Twitter account after an emergency landing for alleged medical reasons. The warning came from inside a Royal Air Maroc company plane that covered the route between the Moroccan city of Casablanca and Turkey.
As soon as the health services entered the plane to attend to the passenger, a group of passengers abandoned the aircraft and fled to the runway at the Son Sant Joan aerodrome forcing them to stop all takeoff and landing activities. All the other passengers had to stay on the plane too.
After an examination, it was discovered that the patient treated was in good condition, which has triggered the suspicion of a premeditated action to enter Spain. The medical services believe that the passenger had faked a diabetic problem. Authorities believe that this was an elaborate plan for illegal immigrants to gain entry to Spain via Palma de Mallorca airport.
This person, whose identity is unknown, is in police custody after being immediately discharged from the Son Llàtzer hospital in Palma. He was taken there by ambulance for his supposed diabetic crisis. He was accompanied in the ambulance by another person who has also escaped.
The Guardia Civil and the National Police have now mounted a search party to find the fugitives. The search has widened beyond La Palma airport. Private security is also collaborating in the efforts to find the fugitives. They are checking the onboard manifesto against those who remained on the aircraft to determine the number of fugitives and also to establish their identities.