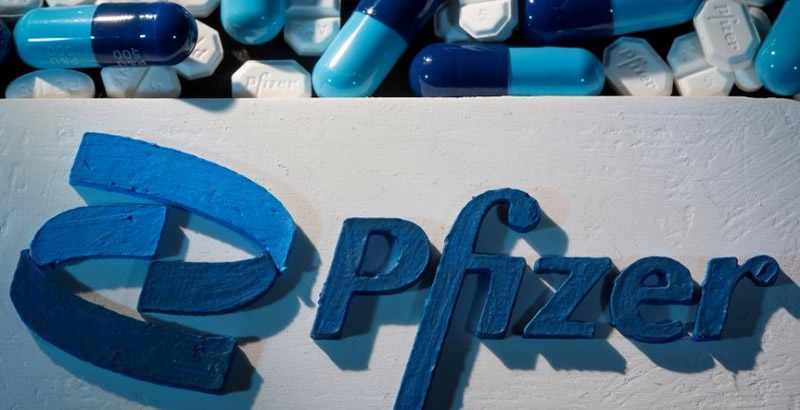 American pharmaceutical company Pfizer has announced a new step in the battle against coronavirus. The company announced this Friday, November 5 that its experimental pill to treat Covid-19 reduces the risk of hospitalisation and death by almost 90 per cent among people infected with the virus.

After MSD, this is the second antiviral pill that shows effectiveness in fighting the virus. According to Pfizer, it reduces the risk of hospitalisation or death by 89 per cent, compared to 50 per cent for its competitor.

Although the details of the study have not yet been published, the company revealed that they will be sent as soon as possible to the Food and Drug Administration of the United States.

Albert Bourla, CEO of Pfizer, said, “Today’s news is a true game-changer in global efforts to stem the devastation of this pandemic. These data suggest that our oral antiviral candidate, if approved by regulatory authorities, has the potential to save patients’ lives, reduce the severity of Covid-19 infections, and eliminate up to nine out of ten hospitalisations”.

PAXLOVID, is part of a class of drugs called protease inhibitors, designed to prevent the virus from making copies of itself, and invading the infected. Protease inhibitors are already used to treat other viral pathogens such as HIV and hepatitis C. If approved, or licensed, it could be more widely prescribed as a home treatment to help reduce the severity of illness, hospitalisations, and deaths, as well as reduce the likelihood of infection after exposure, among adults.

Furthermore, the drug has demonstrated potent ‘in vitro’ antiviral activity against the circulating variants of interest, as well as against other known coronaviruses. This would suggest its potential as a therapy for multiple types of infections.

Speaking with The Washington Post, Annaliesa Anderson, chief scientist for Pfizer’s division of bacterial vaccines and hospital medicine, commented, “This is amazing news. My overall feeling was one of relief, it’s been a long road”,

“We have the vaccine for protection, and now we have the opportunity to receive treatment,” said Bourla. Pfizer has already started manufacturing the drug, and plans to produce more than 180,000 pill packs by the end of this year, as reported by larazon.es.