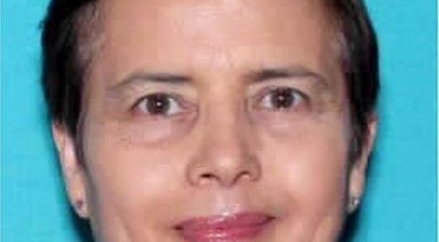 Two teenagers have been charged by police over the discovery of a murdered Spanish teacher in a park in Iowa. The police were led to the teenagers by incriminating social media posts put up by the pair. Nohema Graber, 66, was found dead in a park several hours after being reported missing in the city of Fairfield, Iowa. Ms Grabar was a prominent figure in the Spanish speaking community of the city.

The suspects posted details of the killing, their efforts to hide it, and a possible motive all to social media according to police. The teenagers are both 16-years-old but will be tried as adults for the murder as Iowa law allows cases of juveniles over the ages of 14 to be transferred to adult courts if deemed appropriate.

According to court document, Ms Graber was reported missing on Wednesday 3 November, in the morning. She was later discovered in Chautauqua Park in Fairfield, a city that has only 9,000 residents. She had suffered “trauma to the head” and her body was found hidden under a tarpaulin sheet, wheelbarrow and railway sleepers.

The authorities say they were tipped off to social media exchanges between the two teenagers, named as Willard Noble Chaiden Miller and Jeremy Everett Goodale, that contained “specific details” about the murdered Spanish teacher and her disappearance. “The details included, but were not limited to, the motive for killing Graber, the planning and execution of the means to kill Graber, as well as deliberate attempts to conceal the crime,” according to the criminal complaints against the teenagers.

Later, articles of clothing that appeared to contain traces of blood were collected from the teenager’s homes. Police also have the statement of a witness that saw the pair in the park the day before Ms Graber was reported missing. The two were students of Ms Graber at the Fairfield High School, where she had worked since 2012.

In a statement, Iowa Governor Kim Reynolds said that Ms Graber “touched countless children’s lives through her work as an educator across our state by sharing her passion of foreign language”. I am confident through the work of our dedicated law enforcement that justice will prevail.”

The school’s students were dismissed early on Thursday and classes were cancelled on Friday. A vigil was planned for Friday night.