Tragedy as dog scared by fireworks hit by car 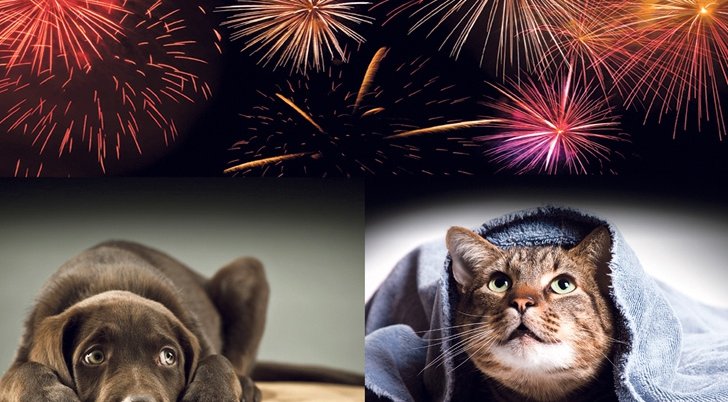 A family were left heartbroken after their beloved pet dog escaped their garden after being scared by fireworks before being fatally hit by a car.

Five-year-old Spaniel, Cadi, had just been let out into the garden to answer the call of nature. It was quiet when she went out, there were no unusual noises around. Suddenly, a series of loud explosive fireworks spooked the poor dog and caused her to panic and run. She managed to escape the confines of the garden.

Her family say “she broke through the garden’s wooden fence and was later spotted running panicked around Roath Park, Cardiff”.

Her owners, Garry and Ceri Hamilton, didn’t even get a chance to go looking for her. Things happened so quickly, that before they had left the house to look for her. Word had already reached them that fireworks spooked dog had already been involved in a car accident and had sadly died.

Garry, 58, said: ‘It was all quiet when we let her out, but it suddenly got very noisy, very quickly.”

“She must have freaked out and escaped somehow, but before I could go
and look for her I got word that she’d been hit by a car and killed”.

“Someone must have taken her to the local vet who, having found our
details on Cadi’s microchip, called us with the awful news.”

The father-of-two added, “that the whole family are devastated, with daughter Caitlin calling the cocker/springer spaniel cross her father’s ‘reason to get up early each morning”.

Garry added: ‘We’re distraught, she was such a fantastic dog, very affectionate. I
loved our walks together”.

“I just want to warn other pet owners that, even though Bonfire Night
is over, to keep a close eye on their animals” People don’t realise how easy it is for fireworks to spook a dog very suddenly. It doesn’t take a lot to scare them, they don’t understand where the noise is coming from and their fight or flight instincts kick in.

‘People will still be setting off fireworks in the run-up to Christmas and we don’t want what happened to Cadi happening to anyone else’s dog.’

The debate around pets and fireworks continues. Recently, Sainsbury’s became the first major supermarket in the UK to ban the sale of fireworks and charities continue to warn about the affect of pyrotechnics on pets.