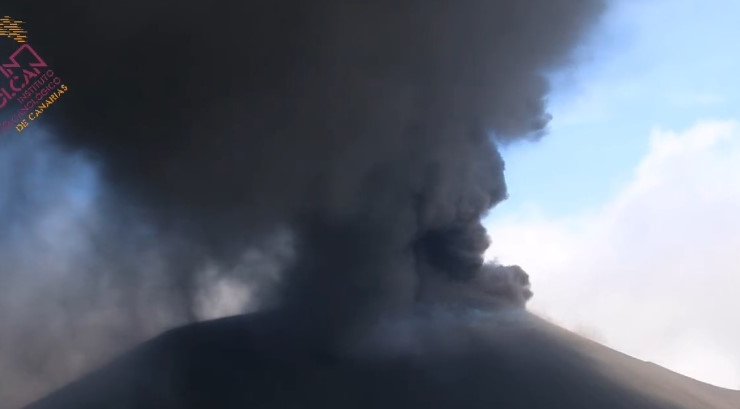 According to Involcan, the first appearance on Saturday, November 6, of elemental sulphur deposits by the Cumbre Vieja volcano on La Palma, could point to a clear change in the dynamics of the eruptions.

Explaining on its official Twitter account, the Volcanological Institute of the Canary Islands explained that this reaction with hydrogen sulphide (H2S) to form sulphur, “would imply that the magmatic component of the gas is decreasing, and increasing the emission of H2S. This fact does not imply an end to the eruption, but it does imply a clear change in its dynamics”, they emphasised.

Carmen Lopez, the head of volcanology at the National Geographic Institute (IGN), had previously pointed out this Friday 5, that the evolution of the Cumbre Vieja volcanic eruption is “normal”, within a stable process, but with a “very strong” variability.

“The volcano has not stopped, it is emitting lava. There is an internal readjustment process that causes that, there is still a very intense seismicity, and a tremor signal associated with the operation of this material emission system. Stability does not mean that the volcano is unemployed, but it has a similar behavior these days”, Ms Lopez stressed in the daily press conference.

However, she commented, in recent days there has been less lava emission, it has less intensity but there are “pulses” at certain times. In some areas this causes an “overflow” of lava tubes to the south and southwest, although always running through the existing castings formed by previous lava streams.

Ms Lopez also pointed out that the improvement of air quality on the island continues. Despite this news, some PM10 particles remain at an unfavourable level in the Los Llanos de Aridane area she said. The wind pushes the plume of gases and ash, which have now reached an altitude of 3,500 metres, as reported by 20minutos.es.