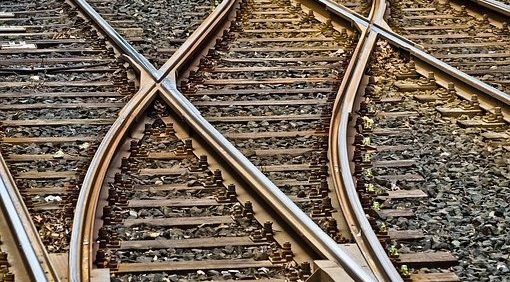 Rail passengers face 10 days of misery over Christmas, according to reports. Major delays are expected along with train cancellations over the Christmas period.

Days of engineering works are set to hit mainline routes in the UK. Major delays and cancellations are expected to affect travellers during the Christmas period. According to rail watchdogs, the engineering schedule over the Christmas period could be worse than that seen before the pandemic began. National Rail has not released the changes to the timetables yet.

Speaking for Network Rail, chief executive Andrew Haines explained: “We’ve worked with train operators to reduce the impact on passengers as far as possible, so they can spend time with families and friends this Christmas.”

Reportedly Network Rail engineering schemes will affect routes between London and the South, Glasgow, Wales and the south-west. It is expected that Heathrow airport will also be cut off from London Underground for multiple days.

Some of the works have previously been delayed by the coronavirus pandemic. Around 10 million journeys are expected to be undertaken during the festive period.

The Network Rail programme of works will involve around 20,000 engineers. The program will be announced shortly. Reportedly “95 per cent” of the network will not be affected by the works. Lines connecting London to the south will reportedly be the worst hit.

Lines are also expected to close between Glasgow and Motherwell from December 27. This is expected to last until the New Year.

Railfuture’s spokesperson Bruce Williamson commented: “Works need to be communicated clearly with passengers, so they are aware of timetable changes well in advance and have their inconvenience minimised. But passengers need to remember the end result will be a better railway.”

Passenger watchdog London TravelWatch has commented on the fact that the changes are not yet showing on timetables. Richard Freeston-Clough stated: “People have an urge to see family and travel this Christmas after what happened last year, but we are really concerned there will be a problem for people to get to Heathrow Airport. Engineering works not yet showing on timetables is an issue.”

A “considerable amount of engineering work” has been confirmed by the Rail Delivery Group. The group represents train firms.