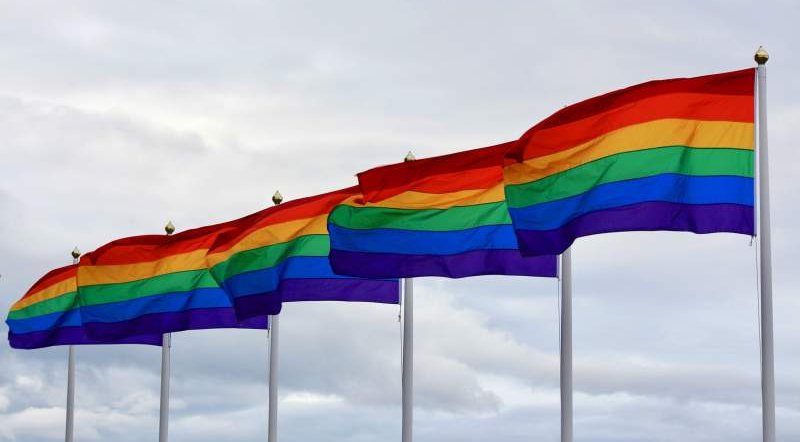 A new US Navy ship has been christened for slain gay rights leader Harvey Milk and launched from San Diego bay this Saturday 7 November. Milk served in the Navy for four years before being forced out due to his sexuality. The traditional bottle of champagne was smashed on the bow by Navy officer Paula M. Neira, who is the clinical program director for the John Hopkins Center for Transgender Health.

The ceremony was watched by Milk’s nephew, Stuart Milk, and Navy Secretary Carlos Del Toro.“The secretary of the Navy needed to be here today, not just to amend the wrongs of the past, but to give inspiration to all of our LGBTQ community leaders who served in the Navy, in uniform today and in the civilian workforce as well too, and to tell them that we’re committed to them in the future,” Del Toro said. He added that like many others, Milk had to “mask that very important part of his life” while he served in the Navy.

“For far too long, sailors like Lt. Milk were forced into the shadows or, worse yet, forced out of our beloved Navy,” Del Toro said. “That injustice is part of our Navy history, but so is the perseverance of all who continue to serve in the face of injustice.”

Harvey Milk was one of the first openly gay candidates elected to US public office and he was serving on the San Francisco Board of Supervisors when he was assassinated by a former colleague, Dan White. White also struck down the Mayor, George Moscone, at City Hall.

The replenishment oiler USNS Harvey Milk is one of six new oilers that have recently been built and named after civil and human rights leaders. The others include Sojourner Truth, Chief Justice Earl Warren, Robert F. Kennedy, suffragist Lucy Stone and Rep. John Lewis of Georgia.