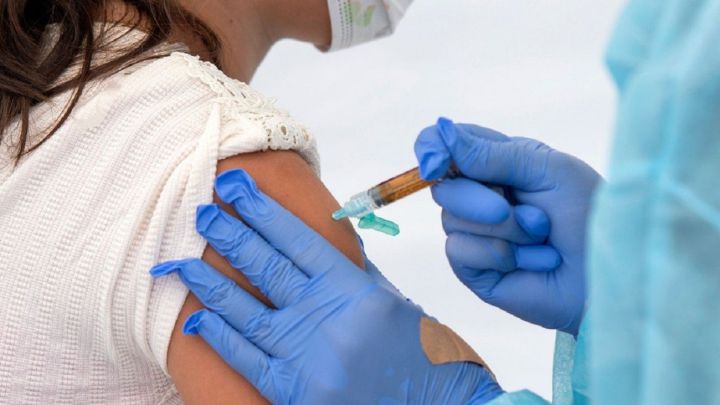 Novavax to be given to previously unvaccinated or those allergic to other vaccines. image: twitter

According to Dr Susan Hopkins, a chief medical adviser from the UK Health Security Agency, on Sunday, November 7, the effectiveness of the coronavirus vaccine is wearing off, and people are dying. She made this observation while speaking about mortality rates on the BBC’s Andrew Marr Show.

Dr Hopkins commented, “The people who are dying are the same people who have died all the way through. It is particularly the older age groups, so the over-70s in particular, but also those who are clinically vulnerable, extremely vulnerable, and have underlying medical conditions”.

The medical adviser continued, “We’re still seeing deaths in mainly the unvaccinated population, but increasingly, because of immune waning effects, there are deaths in the vaccinated group as well”.

Echoing Health Secretary Sajid Javid’s plea for more Brits to come forward to get their third shots, the doctor continued, “As we’ve mentioned, the immune effects wane and what we see is, especially in the older or the vulnerable groups, those are the people whose immunity will wane the most”.

She added, “So, if you’re a healthy 30-year-old, then two doses will protect you for a longer period. That’s why those people need to come forward for their third dose as soon as possible”.

Javid has recently said that, “If we all come together and play our part then the country can avoid a return to restrictions this Christmas. We know immunity begins to wane after six months, especially for the elderly and the vulnerable, and booster vaccines will top-up their protection to keep people safe over the winter”.

Commenting on the numbers who have already received their third jabs, Dr Hopkins said, “It’s been quite good. There’s over 60 per cent of the population that are being offered boosters who are taking it up. I think it’s slower than we saw in the first round”.

Adding, “I think that may be due to people thinking they’re already protected, which is why we’re giving a lot of public health messages about why it’s so important for them to come forward for that third dose”, as reported by mirror.co.uk.