Northern Ireland protocol to be scrapped 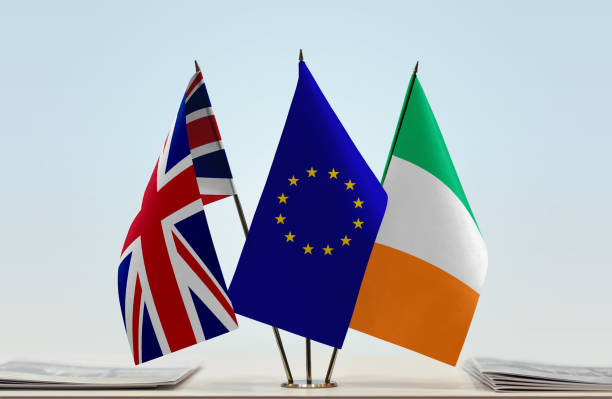 Northern Ireland protocol to be scrapped. The British government could be set to bin the protocol by the end of the month.

Negotiations with the EU aimed at redrawing rules on goods covering the UK and the Republic of Ireland have reportedly come to a standstill.

The move risks igniting a trade war ahead of Christmas, with Brussels prepared to put a stop to the entirety of the EU withdrawal agreement.

The Northern Ireland protocol was announced with much pomp when it was struck in October 2019, finally breaking a standstill in talks over the most belligerent Brexit issue of all.

Under the current system, Northern Ireland effectively remains in the single market for goods. This means that all products can move freely between the borders without the need for any checks. But the system has led to trading frictions with the rest of the UK and critics say it effectively creates a border in the Irish Sea because goods must be checked before they arrive.

As reported recently in the Euro Weekly News, buses have been set alight around Belfast in recent days in protest by some within the unionist community who feel the Northern Ireland protocol has altered the status of Northern Ireland inside the UK.

The European Union is open to reducing the number of checks required but has declined to enter a full renegotiation, prompting the government to consider triggering Article 16, a provision under the deal which effectively suspends the Northern Ireland protocol altogether.

A Whitehall source told The Telegraph “The state of play is we are not seeing much moving forward in negotiations. We cannot go on like it is, no, It is not sustainable. There are real-world problems on the ground.”

Ministers are reportedly planning to motion a secondary legislation at the same time to set out a new trading structure without EU agreement.

According to the paper, the government hopes to push the new laws through parliament before Christmas so they come into force in January.