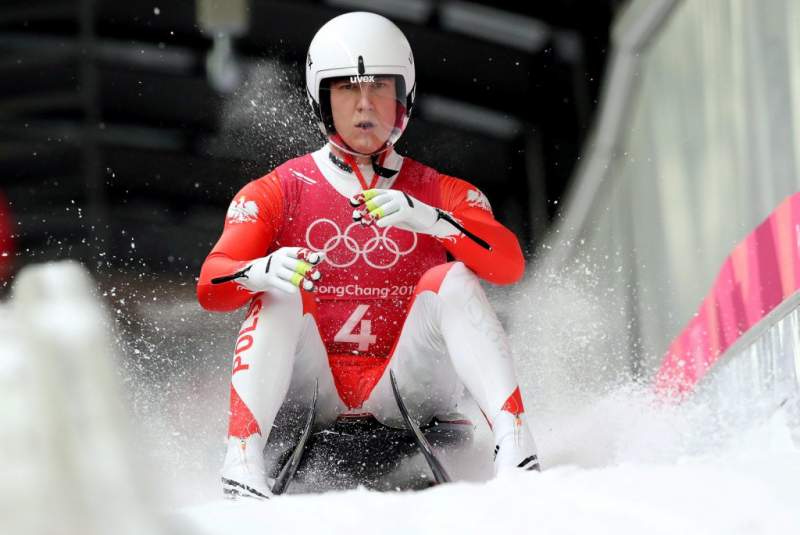 Polish luger, Mateusz Sochowicz, avoids tragedy after an Olympic training accident near Beijing caused him to be hospitalised with a fractured kneecap.

25-year-old Polish luger Mateusz Sochowicz underwent successful knee surgery after fracturing his left kneecap and cutting his right leg to the bone after crashing into a closed barrier at the Yanqing National Sliding Centre on Monday, November 8.

The centre, which will be used for the Beijing Winter Olympics in February next year, was nearly the scene of a horrific tragedy after Sochowicz crashed into a barrier that should have been open, according to the Polish Toboggan Sports Association.

“Our leading competitor, Mateusz (Mewa) Sochowicz, suffered an accident during training at the track in Yanqing near Beijing,” the statement read.

“Mateusz hit the closed crossing gate during his sliding [ride] (it should have been open). Straight from the track, he was taken to hospital, where he underwent a detailed examination.

“Mati is feeling better after his knee surgery, everything went according to plan and is positive.”

Speaking after the incident, Sochowicz told a Polish newspaper: “I got the green light so I moved on. For the first time, I was able to calmly ride these two difficult bends. Suddenly, however, I saw a closed gate on the track.

“I then let the sled out from under me and took the position like a downhill skier.

“I was hoping that at this speed I would be able to jump over the barrier. However, everything was happening too fast and I didn’t have time to bounce.

“That’s why my legs are broken, not the rest of my body. If I hadn’t reacted, it could have resulted in a tragedy.”

Sochowicz, who finished 20th overall in last season’s World Cup standings, later addressed his fans on Facebook, writing: “I am alive and I am well

“Thank you all for your really great support.”

Safety requirements for an event like luge involve making sure that all tracks are cleared of obstructions.

It was not known what caused the barrier to be closed on this near-fatal occasion.