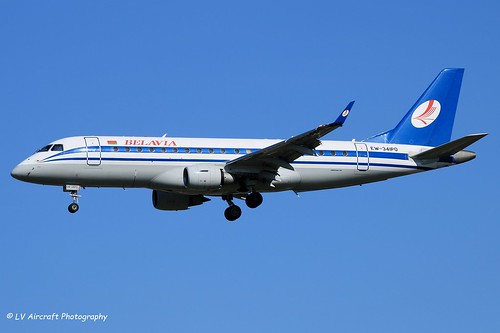 The state airline of Belarus, Belavia, has firmly denied any accusation of it being involved in trafficking migrants to the EU border amid growing tensions between Poland and Belarus. There are expected to be sanctions targeting airlines and officials involved with the illegal movement of people put in place shortly. The denial was in response to suggestions it was somehow involved in the implications against the Belarus leader Alexander Lukashenko of moving people to the EU border as a retaliation for the bloc’s sanctions against him.

The Guardian reported that Belavia said it could not refuse passengers with the correct documentation. It also stated that the countries of origin for many of the migrants originated were not on its flight schedules. “Belavia does not operate, and during the calendar year 2021 has not operated, scheduled or charter services to any of the following countries, which Belavia understands to be those countries which are the subject of allegations regarding migrant trafficking: Afghanistan, Iraq, Iran, Myanmar, Pakistan and Syria,” it said. “Based on sales analysis, Belavia has blocked reservation and ticketing abilities for certain travel agencies considered at risk ticket sales to citizens from high-risk countries.”

The Nordic Aviation Capital (NAC) said it was monitoring the crisis very carefully in its role as the world’s leading regional aircraft leasing company. It stated it would “adhere to all restrictions introduced” by government or regulatory authorities and was liaising with its customers “to ensure the highest level of compliance with regulations.”

NAC has leased five planes to Belavia, the last of which was delivered in September. The Irish government confirmed that it had spoken with its country’s leasing companies about the possibility of sanctions against Belarus. “At the invitation of the Department of Transport, officials from the Department of Foreign Affairs participated in an online meeting with representatives of a number of aircraft-leasing companies on 27 October. Officials explained the background to proposed new sanctions on Belarus and answered questions,” the foreign ministry said in a statement.

A spokesperson for Belavia said it was not a border agency and was “not lawfully able to refuse that passenger permission to board”.