Producer Biddu who has sold millions of records loves Marbella 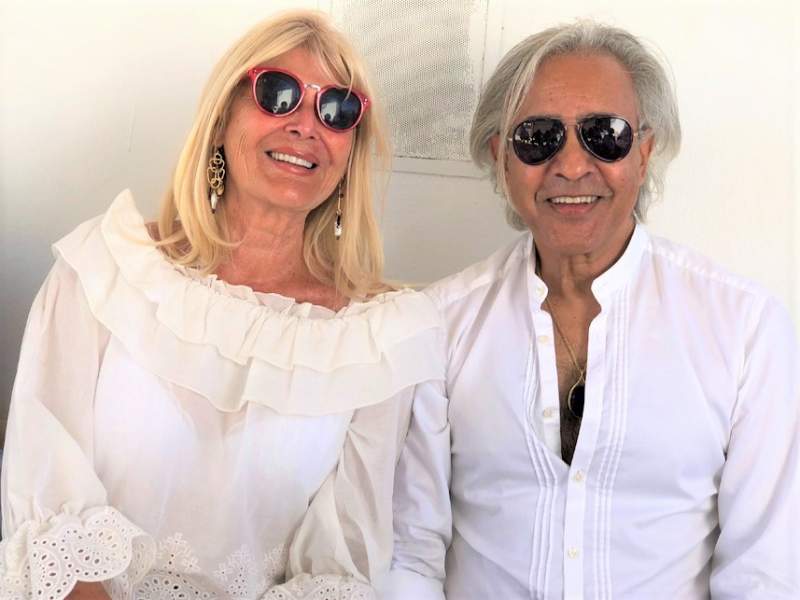 EXCLUSIVE INTERVIEW: PRODUCER Biddu who has sold millions of records loves Marbella so much that he and his wife Sue split their time between the Costa del Sol and Kensington in between visits to India.
Although born in Bangalore, the young Biddu found himself attracted to British music and with no radio shows in India found himself excited by the Merseybeat which he could pick up on Radio Ceylon once a week.
He joined a local band playing the music of The Beatles and the Stones but decided that he wanted to visit what he saw as the home of modern pop so set off on a journey and worked his way across the Middle East singing and playing music before arriving in England in 1967 aged 23.
He quickly got a deal to record a single Look Out Here I Come which was produced by a young American Tony Visconti who went on to find fame with David Bowie both as a musician and producer.
It didn’t set the world on fire but laughing he said during the interview “for some reason, the song has been picked up more than 50 years later for the soundtrack of a documentary The Beatles in India.”
Whilst he was waiting to find fame, he took a job as a chef at the American Embassy but worried that record companies were more interested in employing an Indian as an accountant than a musician.
So, he decided to give up singing and start producing other artists and his first success was in 1969 with a Bee Gees song Smile for Me which was recorded by Japanese band The Tigers and went on to top the Japanese charts.
In the meantime, he was still producing records with what became known as a disco beat and although they received no air play, they kept bubbling under the top 40 charts as they were being bought by those into Northern Soul in clubs in places like Wigan.
“I had never even heard of Northern Soul and couldn’t work out who was buying the records, but at the end of the day they helped me to keep going and not give up.”
What really gave his career an enormous boost was producing Kung Fu Fighting for Carl Douglas which was a huge hit not just in the UK but also in the USA and he followed that with records by Jimmy James and the Vagabonds and Tina Charles, being able to claim that he really created the British disco beat.
From there his career really took off around the world with hit singles from the Biddu Orchestra and then against his better judgement agreed to record a number for an Indian film producer but he is now pleased that he did.
“I kept saying no because I really didn’t understand typical Indian pop with sitars and high-pitched vocals but in the end, on the understanding that I could write and produce as I wanted and finally, I wrote Aap Jaisa Koi for the newly discovered Nazia Hassan and it wowed audiences across the sub-continent as did the subsequent album.”
India became a major market for his music as did Japan and Biddu also turned to writing scores for film soundtracks.

Now 75 and married to Sue for 50 years, he has given up performing but still has his music publishing company and son Zak runs a hugely successful music event company, rubbing shoulders with the likes of Sir Paul McCarney and Jay Z.
Currently the couple are looking after the latest addition to their family, Max a puppy that Zak found at the Adana dog shelter in Estepona and drove all the way to London to give to his parents.


Now they are back in Marbella, Max who has a difficult early life managed to escape and ironically was handed into the other well-known dog shelter Triple A in Marbella who made sure that he was returned home safely.
Due to the problems of Covid-19 in India, Biddu and Sue will be spending Christmas here in Marbella and he has managed to allow himself to be persuaded to act as MC at a Bollywood extravaganza being organised by the Rotary Club of Marbella and Guadalmina at the Tikitano Restaurant in Estepona on Saturday December 4 with tickets costing €100 per person.
All monies raised will be used to send aid the Rotary Club in Mumbai which has a team of doctors and nurses helping those who have suffered from the ravages of Covid and tickets may be obtained from [email protected].
“Normally when I attend this sort of event, I do so as a guest rather than presenter, but I had my arm twisted by a friend and had to agree” he explained.
“My one demand was that they also appoint a female MC as well in order to make the eventing more interesting for guests and to allow me to spend some time enjoying the Indian cuisine.”
Talking about his love for Marbella, Biddu said “when you get to a certain age, you don’t necessarily want the hustle and bustle of a big city and Marbella seems to have it all, a good infrastructure, decent restaurants and cafes and its own micro climate which generally ensures good weather. Congratulations Marbella.”
Thank you for reading ‘Producer Biddu who has sold millions of records loves Marbella’ and remember that all articles produced by Euro Weekly News may be accessed free of charge.