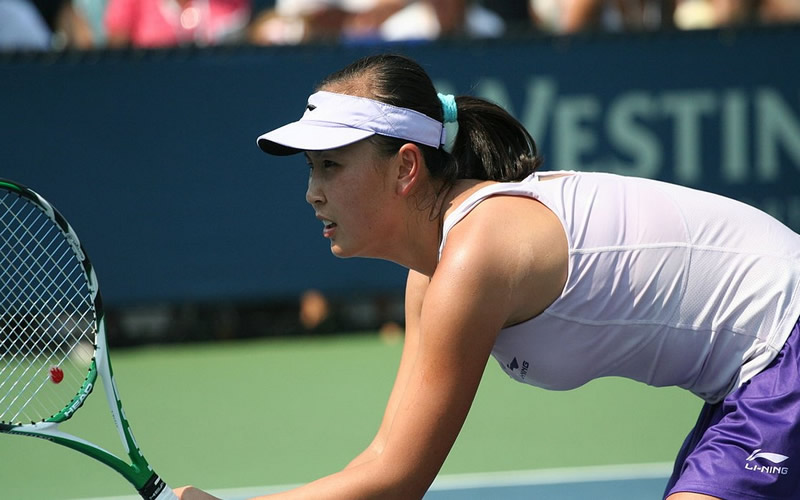 Peng Shuai, a 35-year-old Chinese tennis player, last week took to China’s equivalent of Facebook – Weibo – to accuse Zhang Gaoli, the country’s 75-year-old former vice-premier of sexual abuse. She wrote a lengthy post outlining how he had forced her to have sex with him. She has since disappeared without a trace.

Twenty minutes after posting, the athlete’s content was removed from Weibo, along with all of her recent history on the platform. The social network, which is monitored by China’s authorities even censored the word ‘tennis’, (‘wangqiu’).

Although China has also had its fair share of #MeToo scandals, this is thought to be the first time that somebody has come forward accusing a Communist Party official, let alone such a high-ranking member. A spokesman for Beijing‘s foreign ministry refused to be drawn on the subject when it was raised during a November 3 press conference. His sharp rebuke was “I have not heard of it, and it is not a diplomatic question”.

Peng revealed in her post that in 2011 she had met Zhang, a married man, in the city of Tianjin, and they had started an on-off affair. She claimed they slept together one time that year, and possibly a second time. Zhang then apparently severed all ties with the athlete after being promoted to a high-ranking role in the bureau.

She claimed that in 2018, after Zhang’s retirement from politics, their affair started up again. He allegedly invited her to have dinner with his wife, and forced her into having sex afterwards. Peng claims to have refused him, but eventually gave in to his advances, and they embarked on another ‘unpleasant’ three-year affair.

Due to the fact that Zhang was discreet, Peng said she had no evidence the affair existed. Many are wondering why she waited until now to expose this alleged affair, but her Weibo post reportedly ended with, ‘You’ve said you are not afraid. But even as an egg hurled at a rock, a moth to a flame for self-destruction, I will speak the truth with you”.

MailOnline investigated this story and discovered that Peng’s profile is still active. It showed up in a Google search, although all of her previous posts have been deleted, while her Zhang post, and any comments, are missing. Any search for Peng, or Zhang, gets an error message saying that the post violates ‘relevant laws and regulations’.