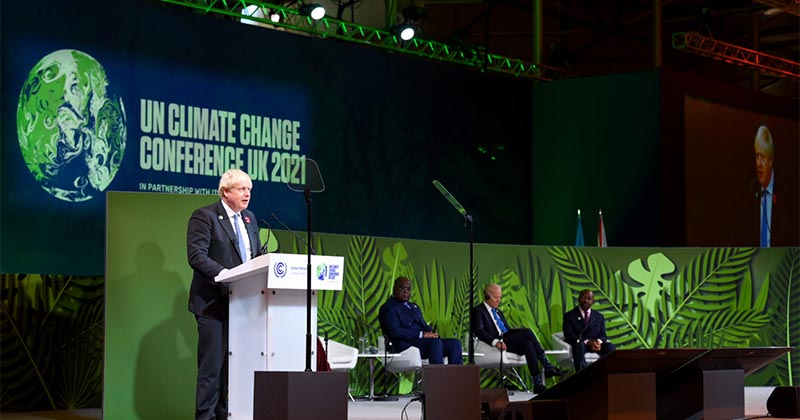 THE past few weeks have seen the COP26 summit rumble on in Glasgow with world leaders making various headline-grabbing pledges to reduce global warming and tackle the ongoing climate crisis.

However, they soon released caveats, reassuring people they will only do these things if it doesn’t affect their economies. Protesters such as Greta Thunberg have called the gathering a PR event and a failure and in a lot of ways, they are correct.

Progress has been made, but when the bite of capitalism comes around, promises are broken, and things don’t move as quickly as they should. To the individual person, the stakes can look so high and the consequences so dire that it quickly becomes overwhelming.

Campaign after campaign pushes us to recycle, to take public transport, to use bamboo cutlery etc. There is an urge to do as much as we personally can and turn on others in our social circle who don’t follow the same rules as things don’t seem to improve. That is, however, exactly the aim of the upper echelons who want to turn big corporations’ accountability into personal responsibility and guilt.

One of the big polluter’s best ideas was to blame the climate crisis on the consumer. To turn all eyes onto the user of plastic bags instead of the companies that make that the cheapest option for everyone further down the supply chain. To encourage people to bring their own reusable cutlery and straws to a fast-food restaurant with a turnover of billions and a carbon footprint larger than some countries.

These distraction techniques are used time and time again to turn people against each other so that the people doing most of the harm can carry on unfettered. When someone sticks their head over the parapet of infighting to try and shift focus back to the worse offenders of climate change or tax evasion etc, they are vilified at best, or disappear or die in mysterious circumstances at worst.

When pushed by people asking the right questions, big polluters clap back with the claim that they are not responsible for our decisions to use their products, but when the world is structured towards capitalism and our political parties are beholden to the donations and investments big oil and gas bring, this simply isn’t true.

In the same way it is not an honest correlation to compare the action a middle-class person can take to reduce their carbon footprint to someone who is on the bread line, it is a false assertion to say everyone has a choice in how they can live in the world that has been created for them. To push past this is to understand that while we should still all do as much as we can and help others to do the same without berating them for what they aren’t able to achieve, the main focus should always be on the worst offenders and their true enablers: big oil and gas, and governments.