DGT can fine drivers for this traffic violation 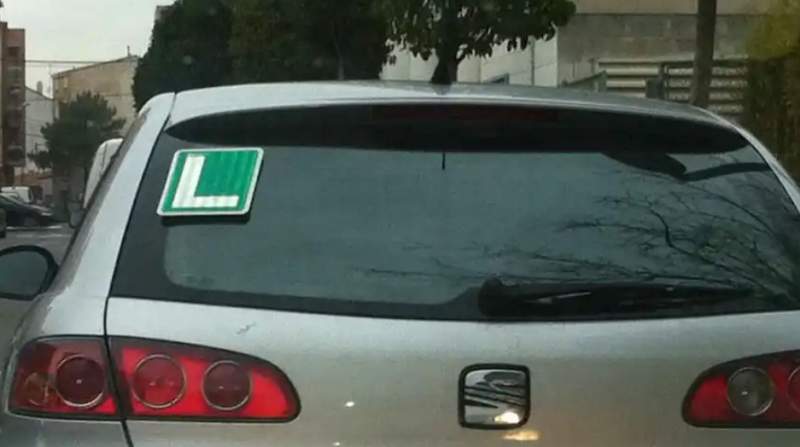 DGT can fine drivers up to €1,000 for this traffic violation. image: wikimedia

DGT can fine drivers up to €1,000 for this traffic violation

The General Directorate of Traffic (DGT) has posted once more on its social networks this week. The entity expressed the necessary importance of observing speed limits, and the alcohol level, in relation to losing points from the driving licence.

They also pointed out one infringement that young drivers are reminded of, which is the obligation to carry the L-plate on the back of their vehicle. Otherwise, the fine is €80.

As far as the DGT is concerned, a ‘new driver’ is a road user who has had a driving licence for less than one year. Licences for new drivers start with only eight points, instead of the 12 which a more experienced driver has on a ‘clean’ licence. These eight points will increase after the first year until they reach 12 points, after three years.

During the first twelve months after passing their test, new drivers must carry the L (V-13) sign on the back of their vehicle. Among other reasons, this is so that other drivers can identify them as a beginner and have more patience with them on the road.

This L-plate must be located on the rear window of the vehicle, and usually has suction cups to prevent it from falling off. Motorcycles and other vehicles that do not have a rear window, are allowed to carry it in the back, but it must be visible.

These plates must be from an approved supplier and be made of aluminum, with a level two reflective surface. Its dimensions should be 19.5cm high by 15cm wide. The letter L itself must be 15cm high and 10.5cm wide, with a line thickness of three cm. In the case of not complying with this obligation – which is considered a minor infraction – the fine will be €100 euros.

The allowed blood alcohol concentration (BAC) for beginner drivers is lower for the first two years. Exceeding 0.3 grams per litre in blood, or 0.15 milligrams per litre in the air breathed can receive a fine of €1,000. This will also result in the loss of either four or six points from the licence.

Experienced drivers should not exceed 0.5 grams per litre of blood, or 0.25 milligrams per litre in respired air. The penalty is €500 and the loss of four points from the driving licence. In the case of registering a figure higher than 0.50mg/l and up to 0.60mg/l, the fine would increase to €1,000 and six points lost.

Speed limits apply to all road users, there is no difference for new or experienced drivers. Fines can vary depending on the speed exceeded, as does the retraction of points. They can be from €100 up to €600 euros, with a loss of 0 to 6 points from the licence, as reported by elespanol.es.