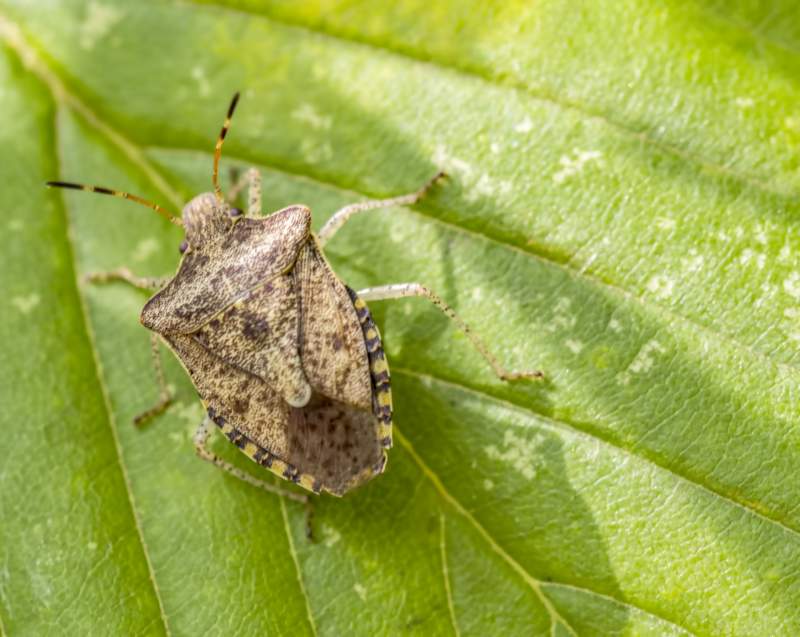 Catalonia and Valencia stink bug alert as harmful insect detected in both regions.

The Generalitat of Catalonia has appealed to the public to be on the lookout for the brown marbled bugs (Halyopmorpha alys) and to take the necessary action to stop their spread. These bugs move from agricultural area to agricultural area where they cause significant damage.

This smelly insect originates from China, Japan, Taiwan, and the Korean peninsula, hence its nickname, the Asian bug. According to the Wildlife Service of the General Directorate of Natural Environment of the Generalitat Valenciana, the bug which can fly tends to move around in goods vehicles and cars, hitching a ride wherever it can. Originally arriving in Switzerland in 2007 it has spread across most of western Europe where it has caused economic losses for many farmers.

The adults feed on fruit trees such as peach, pear, apple, or hazelnut, as well as in peppers and tomatoes, corn, or soybeans. The nymphs in addition feed on the leaves and the stems as well as the fruits causing deformation and necrotic scores, grooves and discolouration. Ornamental plants are also affected.

According to the biologist Pablo Vera, these bugs will also be found in urbanisations with a proliferation of gardens or parks. Getting rid of them in those areas is not easy as you cannot fumigate plus it is very similar to its local indigenous cousin (Rhaphigaster nebulosa). Importantly these creatures do not do any harm to people. They do however have a tendency to move in to homes and buildings to seek protection from the cooler weather. Experts recommend capturing the insect and placing them in a bag in the sun, or placing them in jars with soapy water to kill them.  Under no circumstances should insecticides be used making it a very difficult pest to control or eradicate. As reported in Levante-EMV.