Five arrests after fight erupts in Gibraltar on Saturday 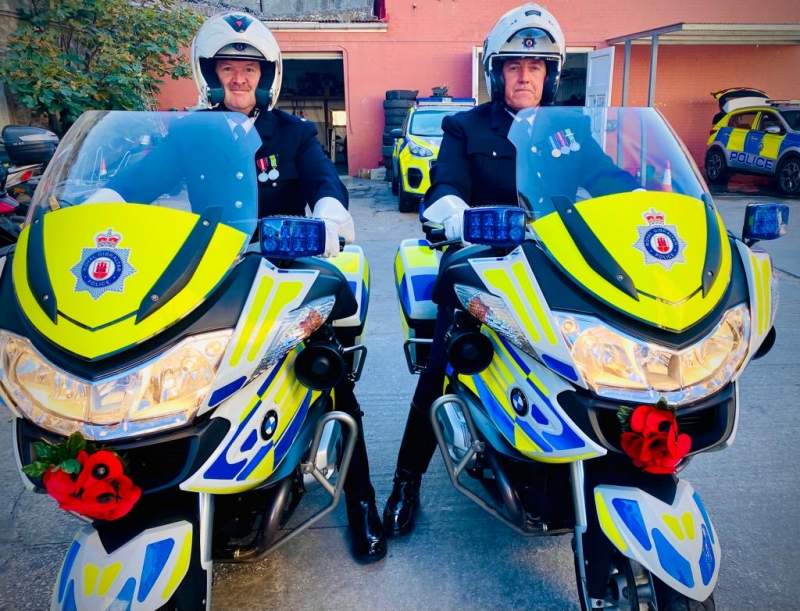 Officers were ready for Remembrance Sunday rather than a fight Credit: RGP Twitter

FIVE arrests after fight erupts in Gibraltar on Saturday as one man is struck by a speeding car and a chair thrown at another car.

Generally speaking, although there are some young men who drive around in noisy cars playing loud music, Gibraltar has rarely suffered from group violence and even demonstrations when they occur are invariably peaceful.

According to the Royal Gibraltar Police, reports of a public order disturbance outside the Bahia Bar at Waterport Roundabout were received at around 7pm on Saturday November 13 and officers were immediately deployed to the scene where they discovered two individuals who required hospital attention.

Thanks to video evidence supplied by local residents, it was possible to see assaults, violent disorder and cars being driven in an extremely dangerous manner and within an hour of the start of the incident, five arrests were made.

Commissioner of Police, Richard Ullger, reassured the community that as soon as the incident was reported to police, the Gold Commander, Superintendent Romero took strategic command of the police response adding that such disorder in Gibraltar will not be tolerated and that the police will use all the resources available to bring those responsible to justice.

Reacting to the incidence of violence the Chief Minister Fabian Picardo said; “The images of violence today on our streets are unacceptable.

“I will be convening a meeting of the Gibraltar Contingency Council to seek assurances about ensuring the safety and security of our streets and our people.

“A small group of thugs won’t change the character of our community.

“The Rule of Law is often challenged.

“Our role is to ensure it is never defeated.

“Our Police have acted immediately and decisively and will no doubt continue to do so.

“Now the courts will need to consider the evidence and be firm and clear in sentencing anyone convicted to send the message that this type of animalistic behaviour will not be tolerated in our community.”

Most inappropriately this all happened in the week of Armistice Day and before the Remembrance Day commemoration on the Rock the following day.

Thank you for reading ‘Five arrests after fight erupts in Gibraltar on Saturday’ and remember that all articles produced by Euro Weekly News may be accessed free of charge.