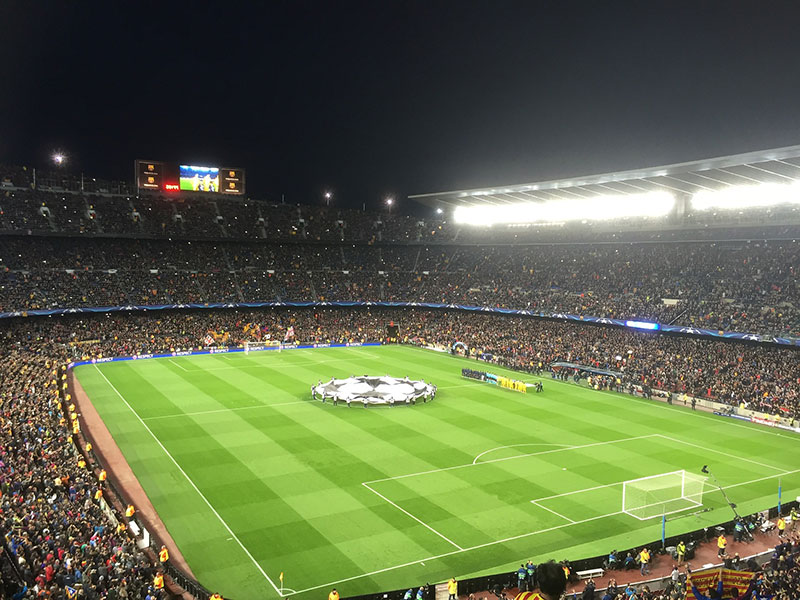 With the second half of the qualifying round of the 2021 UEFA Champions League tournament now underway, many stories have started to spring across the eyes of all expert football stats fans. While there have been teams that have shown their usual dominant form from the beginning of the tournament without losing a skip to their beat, others have been left lagging, wondering if better times are to come hopefully sooner rather than later.

With this said, we bring you three lessons we’ve learned thus far after crossing the midway point in the UCL group rounds, as the time to start picking out the teams best fit for moving on in the competition against those who might be seeing their last breaths of action in the tournament begins to unfold.

Bayern Munich Are The Team To Beat This Season

It should come as a shock to absolutely nobody that German giants Bayern Munich have gotten off to yet another dominating and staggering start of their UCL campaign this season. After withstanding a perfect record of four wins and zero losses in as many games, with 17 goals scored and only 2 received, this UCL season seems like it was tailor-made for the Bavarian powerhouse team to win it all and in a most commanding form. Julian Nagelsmann’s team can easily brag about having the best attacking core in all of Europe, led by the Polish legend and perennial goal hunter Robert Lewandowski.

In their last game against Benfica, Lewandowski once again showed why in the conversations of best strikers not only in Europe but in the world, there is nobody as lethal as him, scoring a hat-trick to secure Bayern’s win and a spot in the round-of-16 matchups. But it’s not just Lewandowski that makes this team as scary good as it is. The work that Nagelsmann has done with this team since joining them has been pivotal to the team’s success. Bayern’s football is one where speed and sheer dominance reins above everything else. While Bayern’s defense did look a bit shaky against Benfica, receiving the first two goals of the competition against the Portuguese, there’s plenty of time left to tweak out any mistakes and get the defense on the same level as the offense. Once that’s accomplished, it will be close to impossible to beat Bayern Munich.

While one could argue that AC Milan got the short end of the stick when the groups were drawn for this season’s UCL tournament, one could also argue that this shouldn’t have mattered, especially when talking about one of the most laureate teams in the competition’s history. But here we are, with AC Milan having only one point after 4 matches, making their tie against Portuguese team Porto their only match with a sort of positive outcome. It’s not like they don’t have the tools to succeed, especially if you take into account the vast amount of young talents that the team has. It’s not also the rhythm of the competition, because Milan has been on a rampant run through the start of this season’s Italian Serie A tournament. Sadly, it seems that Milan is not yet ready to be a team that can once again become a title contender for European glory once again.

With the chances to even advance to the UEFA Europa League looking dimmer and dimmer, especially with the battle for second and third place between Atletico de Madrid and Porto heating up, because let’s be honest, no team will take first place away from Liverpool, maybe it’s time for Milan to shift their focus somewhere else. If they center their attention on winning the Serie A title and manage to continue growing this team that holds the likes of stars like Fikayo Tomori, Brahim Diaz, Rafael Leao, Frank Kessie, and Sandro Tonali amongst others, we could be looking at the rebirth of a European giant, just not yet though.

All Spanish Teams Have Been Underwhelming

It would be easy to start by talking about Barcelona and how their season has been almost like a perennial act of penance and cringe, but now that Ronald Koeman is gone, and with the team preparing itself for the imminent arrival of Xavi Hernandez to take over the managerial spot, they can have the benefit of the doubt. On the other hand, while Villarreal continues their fight to topple Manchester United and Atalanta for a qualifying spot in Group F, Real Madrid and Sevilla, but mostly Sevilla have been performing underwhelmingly, to say the least.

Football fans are probably still not over the fact that Moldovan champions FC Sheriff Tiraspol managed to score a convincing win against Real Madrid in Madrid. Now, let honor be had where honor is earned. Sheriff’s win against Madrid at the Santiago Bernabeu was not a fluke, but rather a team who came together against all odds and stumped the perennial giant. But Real Madrid’s form in the competition has been far from what fans are used to and moving forward that could end up meaning an early exit from the competition for the all-time winningest team in the tournament’s history. And then we have Sevilla. Their group read as a perfect catapult for the Spanish team to make their way into the round-of-16 matchups sooner rather than later. But now, after three draws and a loss, they are pretty much gone from the competition unless a miracle can happen in the last two game days. Sad for a team that has always found a way to dominate in the Europa League to not be able to transform their dominance onto a bigger stage.