Repsol plans to electrify the whole of Spain 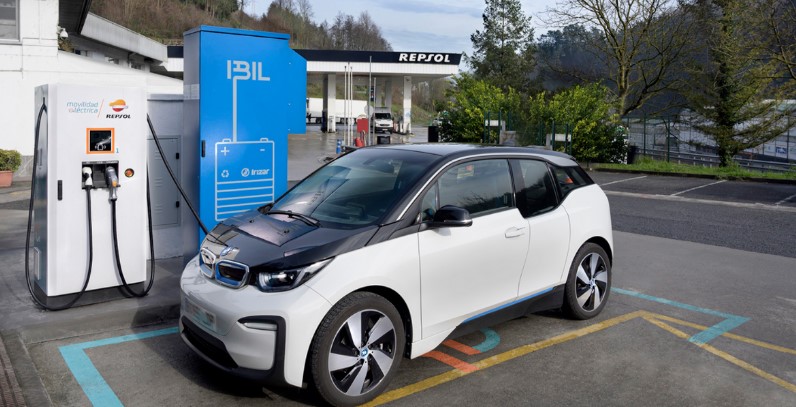 Repsol plans to electrify the whole of Spain

Energy companies in Spain are in the process of carrying out a significant deployment of public charging points for electric vehicles across the country. Endesa, Iberdrola, and Repsol are three of them.

Josu Jon Imaz, the director of Repsol has made an important announcement in this regard. He claims that by the end of 2022, Repsol is committed to installing 1,000 public charging points. Of these, 610 will be fast or ultra-fast charging points, and will be installed during the next twelve months.

An investment of €42.5 million is involved, which will allow there to be a recharging point for every 50km of the main Spanish road network. A similar project will be carried out in Portugal. The Official Credit Institute (ICO) will contribute €40.7 million of this funding. Repsol has also requested state aid for this development through the Moves III plan.

Charging points will be installed in Portugal as well as Spain

Of the 610 charging points, 18 will be ultra-fast, with a charging power of up to 180 kW. Another 592 will be fast charging, with 50 kW. Spain will get 577 installations, and 33 will be in Portugal, mainly in the Mediterranean and Atlantic corridors. In all cases, the energy they will use will have a 100 percent renewable guarantee of origin.

There are currently 350 points in the Repsol network, 70 of which are fast charging and most are located in service stations. Among its milestones is to achieve the first recharging station in Spain for electric vehicles based on second-life batteries. This is planned for Tolosa in Guipuzcoa.

Since 2019, Repsol has already had the first two ultra-fast charging points in Spain. They were fitted at Repsol service stations in Lopidana in Alava, and Ugaldebieta in Vizcaya, as reported by malagahoy.es.