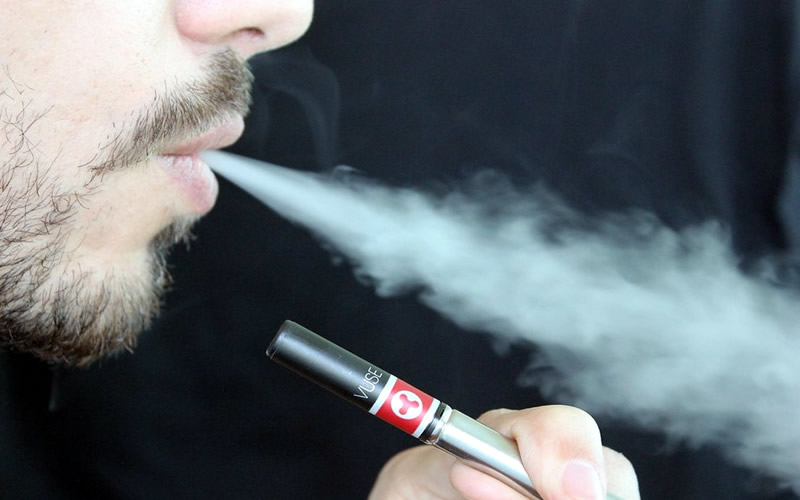 A recent report was prepared by the World Heart Federation (WHF), titled, ‘Electronic cigarettes: a new threat to cardiovascular health’. It concludes that consumers of electronic cigarettes are almost twice as likely to suffer a heart attack as non-smokers.

According to the studies carried out by the WHF, they discovered that when a person vapes, their body undergoes some undesirable changes.

As a result of this study, the Spanish Heart Foundation (FEC) is supporting the initiative of this international study. In a determined attempt to put a stop to this new form of tobacco consumption, especially among the young population, it is asking governments for stricter regulation and greater supervision, of the marketing and sales strategies of these devices.

There is evidence that e-cigarettes cause cardiovascular damage

Dr Regina Dalmau, from the WHF Group of Experts on Tobacco, and a spokesperson for the FEC, explains, “e-cigarette liquids, and aerosols, contain toxic substances, and there is growing evidence that they can cause cardiovascular damage”.

In its report, the WHF says that vaping is also known to cause vascular problems and a possible increased risk of blood clots. As Dr. Dalmau emphasises, “They should not be promoted as safe or harmless products”. These devices are advertised as an alternative to quitting smoking, although various investigations have shown that this is not the case.

“Most of the people who use them to quit the nicotine habit end up smoking both conventional and electronic cigarettes, which can pose a persistent health risk” explains the cardiology specialist.

Vaping can also cause respiratory problems

In addition to cardiovascular risk, the consumption of e-cigarettes has a very clear effect on our respiratory health. Although they are advertised as a healthier alternative to traditional cigarettes, the damage they cause in the respiratory tract is very similar to that caused by tobacco consumption.

There is also evidence that some of the substances included in their composition cause numerous poisonings and adverse effects. This has been noted by specialists during consultations, and in some cases they are serious.

Nicotine is a highly addictive and toxic substance, found not only in conventional cigarettes, but also in electronic cigarettes. Many smokers of these devices develop a dependence on nicotine, a substance that can be as addictive as cocaine or heroin, and especially dangerous in pregnant women, children, and adolescents.

Precisely the WHF document calls for more aggressive campaigns aimed at young audiences, because consumers of electronic cigarettes, especially adolescents, are more likely to smoke tobacco, as reported by laopiniondemalaga.es.