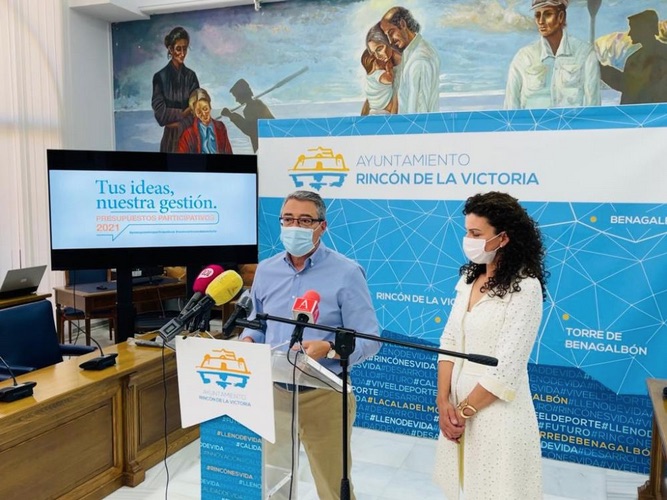 A total of 1540 residents cast a vote in Rincón de la Victoria to choose which of the 32 projects presented should be funded. The number of votes is considerably higher than in previous years and 517 more than 2019.

Councillor for Citizen Participation, Josefa Carnero (PP) said “We have to be happy because citizen participation has doubled in this second participatory vote budgeting campaign that we carry out in the current legislature. We have gone from 1,110 votes in 2019 to 2,834. But the most outstanding thing is that the number of participating citizens has grown exponentially from 517 to 1,540 ”, explained Carnero.

The mayor of Rincón de la Victoria, Francisco Salado (PP), has express satisfaction with the vote saying that “the turnout is good for the development of these participatory budgets, highlighting the involvement that residents have shown by proposing and voting on initiatives to improve the municipality.”

The proposals that have received a greater number of votes will be executed from 2022 and will cover seven categories. These are tree planting in the children’s parks, the rehabilitation of the parish church, reconditioning of the basketball courts, improvements to the dog park in Huerta Julián, a plan to improve and clean the beaches, improvements to street signage, and the rehabilitation of the Roman Baths of Torre de Benagalbón.

According to Salado discussions are also taking place around the other proposals that received a high percentage of votes, such as the installation of awnings, improvement and conditioning in playgrounds, parks and dog areas in the municipality, walking trails etc. He has also indicated that work has begun on some of the proposals.

Finally, Carnero thanked all the residents of Rincón de la Victoria “who have been part of this campaign and hopes to continue increasing the number of participants in future editions of Participatory Budgets.”

Carnero has reported that as of today citizens can consult the campaign’s votes on the web: www.rincondelavictoria.es