Second-largest gold nugget in the world goes to auction 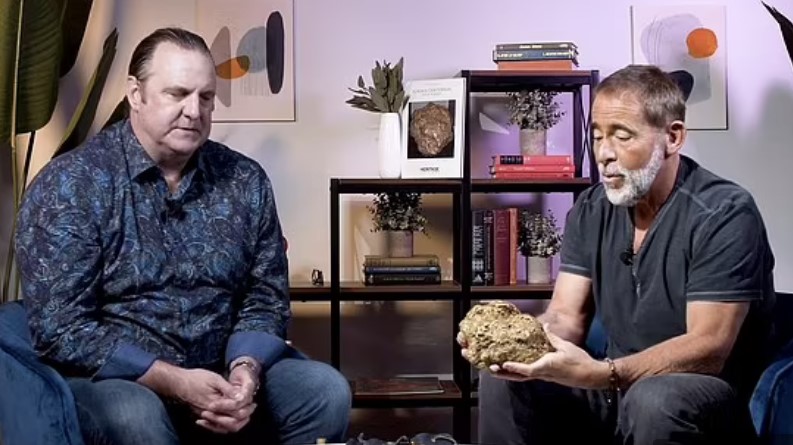 Second-largest gold nugget in the world goes to auction

The Alaska Centennial Gold Nugget is one of the largest nuggets in history. It weighs an incredible 21lbs, and was discovered 23 years ago in the US state of Alaska by a gold miner, Barry Clay. This incredible find has now been put up for auction in Dallas, Texas, for a staggering $1 million (€878,400m).

Almost the size of a child’s head, the nugget is 90 per cent gold. Its name ‘Alaska Centennial’ came after it was found in 1996, on the 100th anniversary of the famous Klondike Gold Rush of 1896. Clay was operating a bulldozer near the shores of the Swift Creek Mine when he spotted it among dirt he was moving.

Jumping from his seat to take a closer look, he realised the huge prize he had uncovered. In order to give himself time to make a decision on revealing his find to anybody, Clay hid the chunk under a tree. When he eventually took the plunge and showed the nugget to experts, he was informed that he had just discovered the largest one ever found in Alaska, and the second-biggest nugget in the Western Hemisphere.

The largest-ever gold nugget is the ‘Boot of Cortez’

Clay’s nugget was only 3lbs lighter than one found in Mexico in 1989, called the ‘Boot of Cortez’, which is the largest gold nugget in the world. Heritage Auctions in Dallas will now have the job of auctioning this nugget, given to them to sell by the person who acquired it from Clay all those years ago.

A spokesperson for the auction house said, “The Alaska Centennial Gold Nugget is the largest gold nugget ever found in the State of Alaska. It was discovered in 1998 along Swift Creek near the town of Ruby, Alaska by Barry Clay, who unearthed this seminal discovery and instantly made history”.

“The Alaska Centennial Nugget was sold to a private collector, where it has remained in his collection until now. This offering represents a once-in-a-lifetime opportunity”, they added, as reported by dailymail.co.uk.