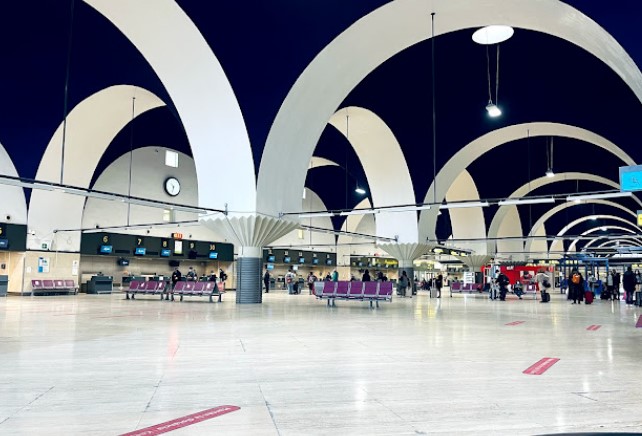 October has been a landmark month for Sevilla’s San Pablo airport, as it exceeded 500,000 passengers passing through its terminal. This is the first time since the start of the pandemic that the facility has passed this figure. Pre-pandemic, it handled around 600,000 travellers each month on average.

Reaching this figure is good news, and shows a sign of returning to normality, although traffic is still limited somewhat due to continued restrictions in some countries.

According to statistics from airport operator, Aena, a total of 523,972 people have passed through the San Pablo terminal. This is 231 per cent more than a year ago, but is 24.4 per cent down on the same month in 2019.

Of this volume, 302,191 flew between Spanish cities, 57.6 per cent of the total, while the remaining 221,389 were foreigners. The lifting of restrictions in Britain showed a rise in arrivals, with more than 20,000. Stanstead airport was the main connection, with 12,217 arrivals into the San Pablo airport.

France is the main supplier of foreign passengers

With more than 40,000, France remains the country with the most arrivals. Orly airport in Paris provided the main connection, from where 27,999 people flew. Other French airports including Beauvois and Charles de Gaulle in Paris, along with Nantes, Montpellier, Tolouse, Lyon, and Bordeaux also kept a supply of travellers coming.

There is a good growth in Dutch passengers as well, thanks to the Amsterdam hub sending 16,824 people.

Nationally, Barcelona continues to be the main supply line to Sevilla, accounting for 85,276 passengers last October. Bilbao and Palma de Mallorca follow, from where 21,799 and 30,254 people came, respectively. Madrid ranks fourth with 23,467 people, as reported by abc.sevilla.es.