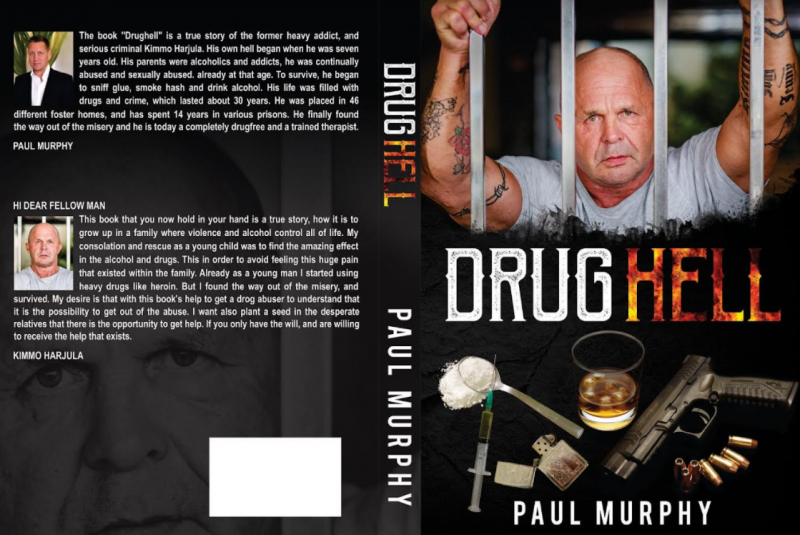 WHEN Finnish writer Paul Murphy Granholm began creating books in 2012, he did not know that a chance encounter on the Costa del Sol would spark the idea behind one of his most successful books, Drug Hell.

Based on the life of former prisoner and drug addict Kimmo Harjula, who tried to murder his father three times following years of violence and abuse, Drug Hell was written after Costa del Sol writer Murphy and Swedish Harjula met in Fuengirola in 2018.
In Drug Hell, Murphy tells the story of how Harjula, who had been placed in 46 foster homes before the age of 18, lived through violence at the hands of his alcoholic father, drugs, and prison before becoming an occupational therapist in Fuengirola to help others with addiction.
Murphy told the Euro Weekly News: “I met Kimmo Harjula in Fuengirola in 2018 and he told me he had an interesting autobiography.
“I read his manuscript and was so interested in his story that I agreed to write it together.”
Murphy told the EWN the pair met over several months to work on the book together before it was later published in 2019.
The author added that following 14 years in prison Harjula has now become an occupational therapist to help others overcome addiction, and is working with the Avominne addiction centre in Fuengirola.
Murphy told the EWN that Kimmo´s story makes an interesting read and shows how he overcame a childhood that forced him into drugs to later help others.
Drug Hell is available now on Amazon and the writer added that his next book, Costa del Sol Gigolo, is now based in Fuengirola and will be available in English next year