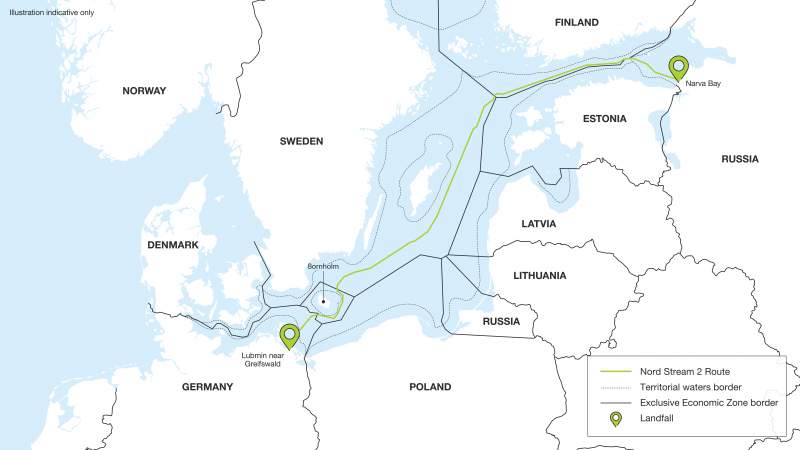 In announcing the decisions, the regulator said that the Swiss-based “Nord Stream 2 AG” operating company needed to become compliant with German law first. Without that compliance it could not be certified, a decision that is certainly to delay the project’s start date.

Benchmark European gas prices jumped around 10 percent higher on the announcement, a move that is likely to pour further fuel on the fire amongst consumers who are already facing soaring energy bill. This as the winter cold begins to set in.

As gas prices soar, critics continue to accuse Moscow of intentionally limiting gas supplies to Europe in turn driving up prices in what many believe is a bid to hasten the launch of Nord Stream 2. Russia denies the claims.

The 10-billion-euro project ($12 billion) has for years been dogged by delays and drawn fierce criticism from Germany’s eastern European Union allies like Poland and from the United States.

The Baltic Sea pipeline is set to double supplies of cheap natural gas from Russia to Germany. The EU’s top economy says this is needed to help it transition away from coal and nuclear energy, but opponents say the recently completed pipeline will increase Europe’s energy dependence on Russia. Russia already provides up to a third of Europe’s gas. Crucially, the pipeline also bypasses Ukraine’s gas infrastructure, depriving that country of much-needed transit fees.

Washington has called the project a “bad deal for Europe”.

Ukraine, in conflict with Russia since Moscow’s 2014 annexation of Crimea, has warned that the pipeline could be used by Moscow as a “dangerous geopolitical weapon”.

Although the pipeline was finally completed in September it is waiting for the approval process to be completed before it can go online. Like its Nord Stream 1 predecessor, the 1,200-kilometre (745-mile) pipeline will be able to ship around 55 billion cubic metres of gas annually from Russia to Europe, with Germany as the main transit hub.

Germany’s energy regulator said the certification procedure “will remain suspended until the main assets and human resources” have been transferred from the Nord Stream 2 parent company to a new German subsidiary that will own and operate the German part of the pipeline.

Germany’s energy regulator has four months to give its green light for Nord Stream 2. Before the suspension, the review was scheduled to last until early January. Once approved the European Commission will still need to give its recommendation.

Today’s suspension will likely slow down the process and is likely to see gas prices soar further. Should the operator start using the pipeline without awaiting certification, it risks being fined.