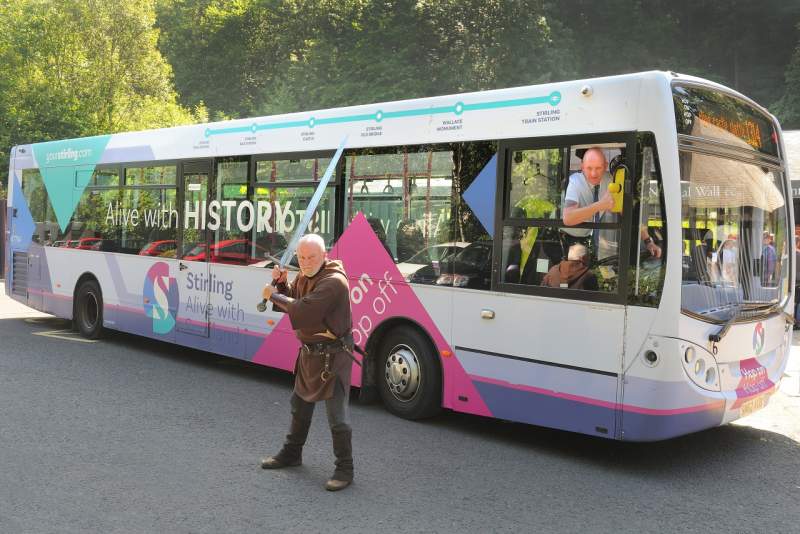 The shortage of truck drivers in the UK has received a lot of publicity as it has efforts to make the role more attractive to potential staff. Included in these efforts are sign on bonuses, an offer that has attracted staff from other jobs and industries. The bus industry has been one of those affected, prompting First Glasgow to offer a £4000 sign-on bonus for Scottish bus drivers.

In announcing the offer, First said they were 17% short of the number of drivers need to run a full service. That has resulted in cancellations, reduced frequencies and significant overtime. In an effort to provide an extra incentive First had decided to offer the £4,000 sign on bonus to those who have a passenger-carrying vehicle (PCV) licence.

The bonus is being offered in two, £2000 after six months and a further £2,000 after a year. This is on top of the improved pay and conditions for trainee drivers announced recently, the starter rate having increased from £11 an hour to £12.85 with a further rise in the pipeline. With overtime that could earn a driver in excess of £30,000 per annum.

The move comes on top of First last month boosting its pay and conditions for trainee drivers – its £11 an hour starter rate of increased to £12.85, with a further rise to follow.

First said its drivers could earn more than £30,000 a year with overtime.

Vacancies exist at its Scotstoun and Caledonia depots in Glasgow, as well as in Dumbarton, at Blantyre in South Lanarkshire and Overtown in North Lanarkshire.

First has blamed the shortage on training being delayed by the Covid, and the “hottest” employment market for 20 years prompting would-be drivers to opt for other jobs.

The Confederation of Passenger Transport UK – Scotland, which represents operators, said vacancies had doubled since 2019 to average 12.5% across the country.

Discussing the £4000 sign-on bonus for Scottish bus drivers, First Glasgow head of operations Paul Clark said: “We have an active recruitment campaign underway and are making every effort to attract new entrants to the industry with flexible working patterns for drivers in Glasgow.


“People are keen to become bus drivers and serve their local communities, so we are working to make that process as easy as possible and doing everything we can to attract new talent to the industry.

“Now with the launch of improved new starter rates, flexible working patterns, the influx of new state-of-the-art zero emissions electric vehicles and our new £4000 sign-on bonus for Scottish drivers, there has never been a more exciting time to join.”