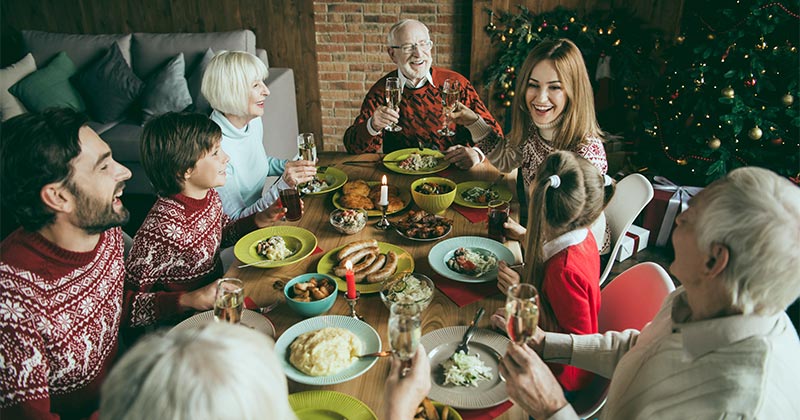 With all the predictability of the sun sinking in the West, the Christmas deluge of diversity rammed down viewer’s throats by the UK’s left-wing media has this year reached epic proportions.

Christmas screens are now awash with so much diverse hogwash, the white indigenous population must be more convinced than ever they are living on some parallel planet. Just this week the John Lewis advert, which depicts an all-black family, provoked a flurry of offended ‘woke toxicity’ accusations from established British sources.

Other commercials, which depict typical British family gatherings on Christmas Day, now contain so many diverse nationalities and cosmopolitan children that the family ‘tree’ is more likely an overgrown hedgerow. In short, it is all intelligence insulting propaganda.

Racially motivated hate crimes in the UK have increased 12 per cent this year alone. So much for promoting diversity and racial harmony! These media organisations are not stupid, they have people monitoring social sites; they are perfectly aware that their disproportionate use of black and ethnic actors is raising concerns among thousands of the white indigenous population. Subsequently, this agenda, coupled with their unwavering support of the BLM Marxist movement and highly controversial ‘knee’ is widening the gap between the white and ethnic communities even more.

The British left-wing media and particularly the BBC are perfectly aware that by stirring up as much disharmony as they can before the next general election, they may just stand the chance of a beleaguered public opting for a change to a Labour government. It worked in America!

Their negative reporting and heavily prejudiced coverage of everything the British government has achieved over the past couple of extremely difficult years, has been nothing short of disgraceful. Every opportunity is taken to undermine all their efforts. They have pounced gleefully on the mistakes and contemptuously brushed aside their successes.

It must be remembered high numbers of employees in the British media, particularly the BBC and C4 are recruited from the same schools of thought. Many of them are ex-Student Union members from the colleges and universities. The same left-wing organisations that are currently removing historic links to the British Empire by taking down patriotic statues and renaming buildings and lecture theatres at their places of learning.

It is also common knowledge that the vetting for BBC staff is very stringent indeed. If you’re not of the same mind set or never read the Guardian, you are lucky to get the job. Don’t take my word for all of this public dissent. A recent poll revealed that 42 per cent of the populace considered the BBC biased and 21 per cent ‘didn’t know’. Not the best of results for an impartial company, supported by taxpayer’s money.

I couldn’t help a giggle at reports Joe Biden passed a long unmistakable expulsion of wind in front of Camilla last week. Didn’t surprise me. He’s been doing that from the other end since he came to power!