Shooting for the stars 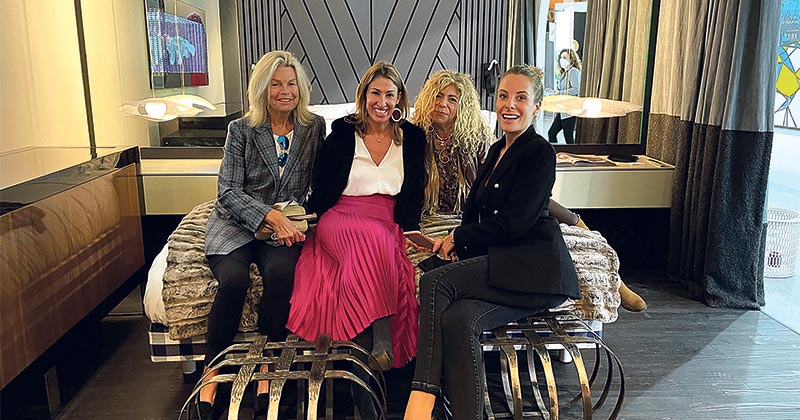 Anyone who knows me will be aware that my ‘slogan’ is #BetterTogether.  I believe this completely.  We can and shouldn’t need to be competent in all areas and it’s not only OK to ask for help, but very beneficial to have others around you with similar goals.

Susana Urbano certainly thinks so.  She was one of the 46 interior designers who were exhibiting at the Art & Design Fair at the Marbella Exhibition centre, collaborating with 19 other Marbella companies in her projects so that she can create her visions to her desired standards whilst supporting other local businesses. The epitome of #BetterTogether.

The quality of all the stands was impressive, a melange of artists and interior design, lighting and moods cleverly laid out to lend a cosy feeling to a typically impersonal space; such was the level of excellence.

Talking of ‘excellence’ I was particularly delighted to see artists Massimo and Giuseppe at the Fair, always joyous and so dedicated in their passion; which also includes promoting other artists.  I didn’t have a chance to talk to them again after our first ‘hugs and hellos’ as they were so busy, which is obviously a good thing! I really hope they – and everyone else – made some sales and that their hard work pays off; by the amount of visitors to the Fair one would have to think so.

I was also anxious to visit Susana Urbano’s stand, her third time exhibiting at the Fair, last year as Art Director.   However, although I walked every inch of the Fair, four or five times, I couldn’t find her.  Finally, I was ‘guided in’ and realised I had walked past the very same spot at least four times.  Each time I had walked in one direction I had been mesmerised by a fabulous piece of Zhuang Hong Yi artwork – a layered ‘flowerbed’ created by folding countless pieces of painted rice paper into tiny blossoms, which shimmered and changed colour as you walked by. Each time I walked back the other way I was captivated by the log fire crackling in the fireplace on the large screen just inside the entrance. The rest of the stand was hidden by the people crowding in to look at something.

When I did get a look inside I understood the attraction! A hidden bar that appeared at a touch of a button from a sideboard, very 007esque, not to mention a machine gun mounted on the wall in a 3D lit frame as the centrepiece of a bedroom and bathroom suite fit for anyone who loves luxurious luxury.

I wasn’t sure about the gun at first, but it’s the starting point for the story Susana wanted to convey: that she’s ‘shooting’ for the stars and the perfection of her showcase thanks to the unity with the 19 local Marbella businesses with which she is co-operating; all stars shining in their own light but when together, bigger and brighter.