The 7 best books about Spain 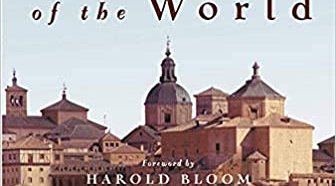 ATTRACTING around 83.7 million tourists a year, Spain is one of the most visited countries in the world, famed for its sun, food and culture and inspiring many books.

And while many who have travelled to Spain will know something of its history and traditions, which are the best books those who want to find out more about this stunning country?

The Euro Weekly News has put together a list of the seven best books about Spain, covering everything from culture to history for those interested in discovering more.

1. The Ornament of the World: How Muslims, Jews, and Christians Created a Culture of Tolerance in Medieval Spain

For those who want to know more about Spain´s mixture of cultures and religions over the years, The Ornament of the World by Maria Rosa Menocal offers a look at how multiple religions lived side by side in Spain for hundreds of years.

The result of this cultural mix gave Europe the first translations of Plato and Aristotle, love songs and poetry, architecture and technology.

A classic for good reason, Jan Morris´s Spain has been attracting readers since first being published in 1964.

In this book, the travel writer explores Spain´s culture, history and people, diving into its background.

Written by historian Stanley Lane-Poole, The Story of the Moors in Spain is one of the books explores how the Moors arrived and conquered Spain, remaining for around 800 years.

Their influence brought commerce, laws, beautiful new architecture, astronomy and mathematics to Spain and can still be seen in many of the country´s mosques and buildings.

4. The Only Way Is West: A Once In a Lifetime Adventure Walking 500 Miles On Spain’s Camino de Santiago

The Camino de Santiago is one of Spain´s most famous attractions, with around 300,000 people carrying out the pilgrimage a year.

In The Only Way is West, writer Bradley Chermside shares his experience of walking the camino while looking for love, bringing his views of the famous attraction to the world.

For those planning their travels around Spain a good travel guide is essential and Fodor´s Essential Spain has everything needed for a journey around the country, from recommendations of museums to the best hotels. 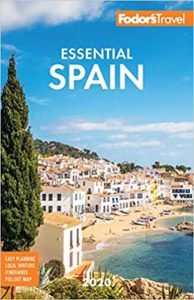 6. The House that Jack Bought

For anyone thinking about buying a house in Spain, The House that Jack Built by Jack Waldie is an essential read, focusing on the highs and lows of making the move from the UK.

The book follows the Scotsman´s move to rural Spain where he works to befriend local residents.

7. The Basques: A Captivating Guide to the History of the Basque Country, Starting from Prehistory through Roman Rule and the Middle Ages to the Present

Spain has many interesting cities and regions, and the Basque Country is perhaps one of its most areas for its unique history.

In fact, a genetic study conducted by Uppsala University in Sweden in 2015 discovered that the Basques established themselves as an ethnic group during Neolithic times, anywhere from 12,000 to 4,500 years ago.

The Basques takes a look at this region with a genetic makeup that is prehistorically distinct from that of their neighbours in Spain or France.

As one of the world´s most interesting countries, Spain has attracted many writers wanting to describe its history, culture and landscape.  The Euro Weekly News´s list can help you to find the right books for you to learn more about Spain, whether its more about the Moors, travelling across Spain, or its culture.

This article contains affiliate links and the Euro Weekly News may earn a commission if you buy through those links.