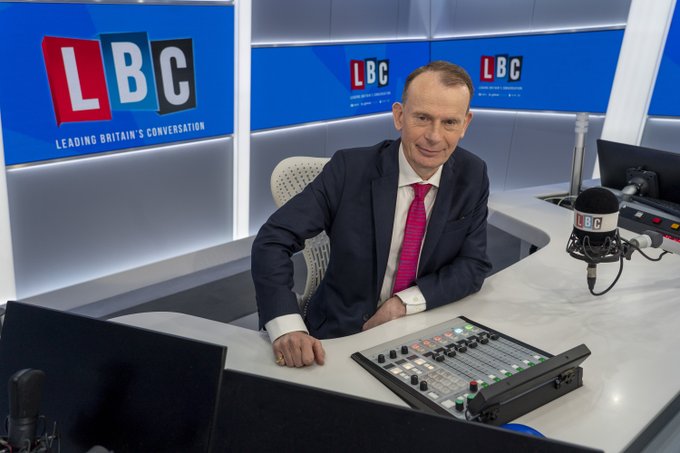 The TV presenter who currently hosts The Andrew Marr show, also revealed he will be moving on to Global family from 2022 and will write for their newspapers as well as continuing hosting duties.

He said in a tweet on Friday 19 November: “ Personal announcement. After 21 years, I have decided to move on from the BBC. I leave behind many happy memories and wonderful colleagues. But from the new year, I am moving to Global to write and present political and cultural shows, and to write for newspapers.

“ I think British politics and public life are going to go through an even more turbulent decade, and as I’ve said, I am keen to get my own voice back. I have been doing the Andrew Marr show every Sunday morning for 16 years now and that is probably more than enough time for anybody!”

He added: “Coming to Global gives me a new freedom – to do very fast-paced, very regular political journalism on LBC with no filter, in entirely my own voice. On Classic FM, I’ll be exploring my love of classical music, and culture generally, with some surprising guests. I feel I’m joining a young, hungrily ambitious and exciting company, and I can’t wait to get stuck in.”

Fran Unsworth, the BBC’s outgoing director of news and current affairs, said: ‘Throughout his long and distinguished career at the BBC, Andrew has been a firm favourite with our audiences. Andrew started at the BBC as a knowledgeable and insightful political editor and went on to become a feature of the UK’s Sunday mornings, on Sunday AM, which became the Andrew Marr Show. He is a fantastic presenter and interviewer, whose wisdom and skill will be a loss to our screens. We thank him greatly for his years of service and wish him the best of luck in his new role.”