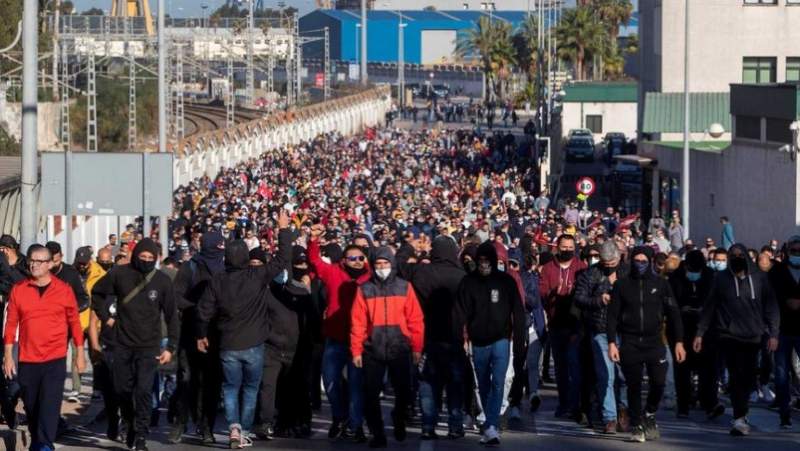 The indefinite strike at the San Fernando shipyard in Cadiz province entered its fourth day today, Friday, November 19. Experts in the sector have estimated the industry could be losing as much as €300,000 each day in lost revenue while the strike continues. This could seriously put the future of the sector at risk if no solution can be found soon.

At the moment, it is believed the strike action will last at least until next Tuesday 23. This is the date that a demonstration has been called in Cadiz capital. Negotiations between the unions and employers have stalled after a pre-agreement was not reached in the third meeting that the parties held yesterday, Thursday 18.

This meeting, at the Labour Relations Centre of the Employment Department in Sevilla, extended into the early hours of today, Friday 19, without any positive conclusion.

Large tractor companies in the province that are paralysed due to the stoppage of subcontractors have changed their plans and are providing a contingency plan in view of the delays that their industrial activity is suffering. Losses are piling up and delivery times listed in ship refurbishment contracts are beginning to suffer.

According to lavozdigital.es, five ships are trapped in the Cadiz and Puerto Real shipyards as a result of the strike. The most serious situation involves the ‘Wind Surf’ cruise ship, from the WindStars Cruises company, which is in the Cadiz factory, and whose departure was scheduled for next November 25. Everything indicates that this work will not be completed until the strike ends.

Four other stranded vessels include the cruise ships ‘Carnival Sunshine, and Royal Caribbean’s ‘Radiance of the Seas’, plus the ‘Marella Explorer’, along with the Spanish Navy’s frigate, ‘Galicia’.

A consequence of this strike could be companies terminating their contracts with the shipyards, as was indicated by Carnival cruises a few days ago. Carnival signed a deal this year with Navantia where it recently invested around €200 million in the renovation of one of its ships.

There are also five corvettes currently under construction for Saudi Arabian Navy in the San Fernando shipyard. The first of these was scheduled to be launched on December 4.