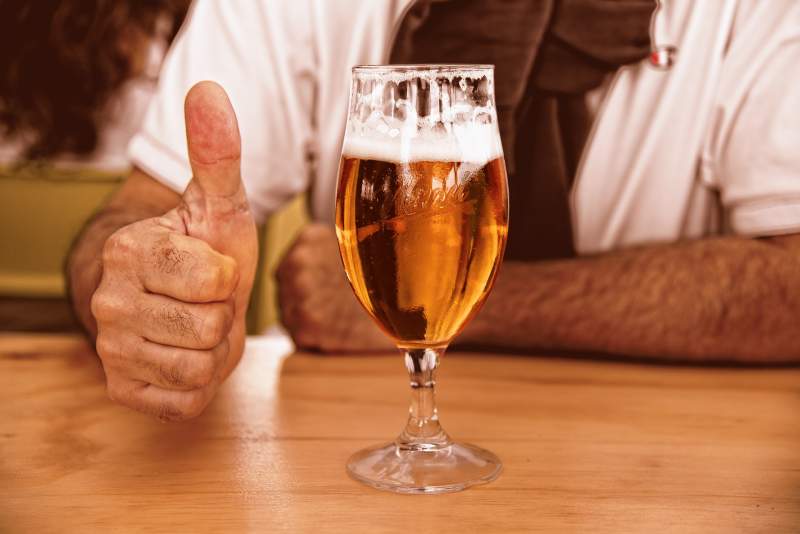 Authorities in Waipio, a small town in Hawaii, were alerted by authorities to a bad smell emanating from the local river. “It smells of beer” they said. On checking the river and conducting tests, the river was found to have an alcoholic content of 1.2%. Free beer anyone?

According to a visitor the smell from the stream was smelling so alcoholic that “you would think it was a beer pub that hadn’t opened its doors for three or four days.” Another visitor who was hiking around Diamond Head last week, not far from the H2 interstate highway and Ka Uka Boulevard, agreed that it “reeked”.

An independent laboratory found that almost 1.2 per cent of the water was alcoholic and a further 0.4 per cent sugar, two ingredients in beer. According to the Hawaii health department, the area around Diamond Head is fairly industrial and home to a number of businesses breweries – Paradise Beverages, Kohola Brewery and Aloha Beer Company.

Paradise Beverages told News Now Hawaii that it was unsure what was causing the alcoholic spillage, although Hawaii’s departments of health and transportation later confirmed that according to the Department of Transportation it was at fault. Their investigation found alcohol in contaminated runoff water from a pipe not far from the H2 interstate.

The stream was on the opposite side of the H2 interstate and flowed down into a creek, with a drop of about 100ft.

It remains unknown what action will be taken, if any to deal with the alcohol content found in the stream, which many on social media pointed out was a quarter of the percentage of a Coors or Budweiser and well above that of low alcohol beer. In the meantime for those in the area who are willing to sample the water, it’s free beer for everyone.