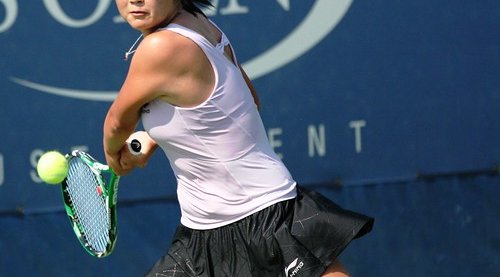 The Women’s Tennis Association is prepared to pull its tournaments out of China if they do not provide an adequate response to allegations of sexual misconduct raised by Peng Shuai. The missing tennis star has not been seen in public since she accused China’s former vice premier, Zhang Gaoli, of sexual assault.

Peng, former double worlds No. 1, said in a Weibo post that Zhang had forced her into sex after an invitation to his house to play tennis with him and his wife three years ago. She also said she had no physical evidence of the attack but was determined to speak out over her ordeal.

Zhang has not commented on the allegation and the Chinese government remains tight-lipped, although discussion of the missing tennis star has been blocked on CHina’s heavily censored internet.

There has been growing concern among the global tennis community over Peng’s safety and location since she first made her allegation. The Women’s Tennis Association has tweeted multiple times and created the #WhereIsPengShuai hashtag to highlight the issue. Chief executive of the WTA, Steve Simon, has told US media that the ten events the organisation have scheduled for 2022 in China will be pulled if there is no resolution.

“We are at a crossroads with our relationship with China and operating our business over there. We’re definitely willing to pull our business and deal with all the complications that come with it because this is certainly, this is bigger than the business”, he told CNN. He added: “Women need to be respected and not censored.”

Simon has said the WTA hasn’t been able to speak to Peng and “won’t be comfortable until we have a chance to speak to her directly”. The threat to leave the Chinese market followed the release of what the Chinese state media claimed was an email from Peng to Simon saying everything was fine. He doubts this came from Peng and has only increased his worry about the missing tennis star.

The Professional Tennis Players Association (PTPA) said players must be prepared to take action if Peng’s safety cannot be confirmed. “The PTPA is advocating for independent evidence confirming the safety and location of WTA player, Peng Shuai. We must unite and be willing to take action unless corroborated evidence is provided to the world about Peng’s wellbeing”, the organisation said in a statement.