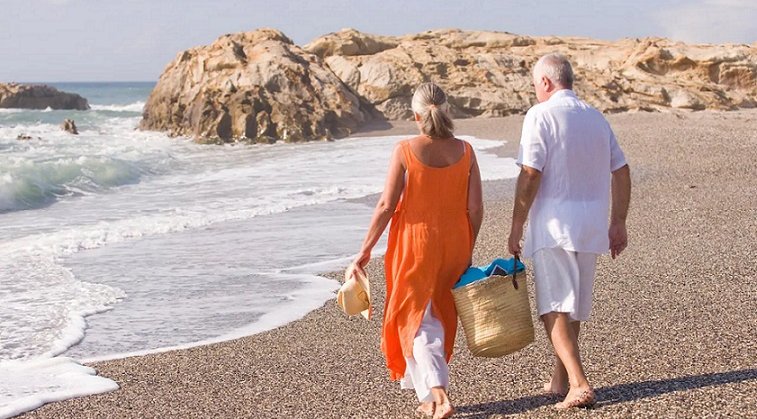 Spain has already made a bid to become the Florida of Europe and become a haven for international retirees in good health and with good spending capacity.

Spain has already made a bid to become the Florida of Europe and attract international retirees in good health and with good spending capacity. It was attempted in the years of the real estate boom, however, many of these complexes were destroyed or have been converted (residences, hotels…)

A few others have been around for decades and have been crowned as benchmarks in this small market that seeks to lengthen its shadow. This is the case of Ciudad Patricia, a resort in Benidorm that has been in operation for 35 years and was bought in 2005 by the Credo España group, which is part of the Dutch multinational construction company VolkerWessels.

It is located on a 100,000 square metre plot and consists of five apartment blocks and a central building with a restaurant, bar, library, lounge and beauty salon. There is also an elderly residence, although it is not owned by Credo.

“We are seeing increased interest from investors. They are looking for complexes that are already operational, and they know they work,” says Juliette Bleekemolen from Credo.

The way to reside in Ciudad Patricia is through the purchase of the lifetime use of the houses, not the property. The average price for a 78-year-old person is about 170,000 euros. Most of its residents come from England and the Netherlands and the average age is 79 years for men and 77 years for women. Right now, there are 155 occupied apartments and 22 available.

The Dutch group has another complex in operation in Sant Pere de Ribes, next to Sitges (Barcelona), whose works will begin in 2023. The next model will house different types of accommodation including 209 apartments and 12 chalets, an elderly residence, a hotel for care and rehabilitation, as well as restaurants and bars to integrate the elderly with the entire population.

These complexes along the coast are more like a hotel than a house, with health care services and a high level of socialisation. They are usually located on the outskirts of large cities, in rural areas or on the coast because they need large areas of land.

Its biggest applicants are the British, Germans, Dutch and Scandinavians who seek sun, a lower cost of living than in their countries of origin and quality medical services. To pay for their stay, they usually sell a home they own located in their country or in Spain since most of them have been living here for a long time, explains Laporta.

However, Alberto Diaz, executive director of Capital Markets at Colliers, explains: “I have no doubt that the senior resort model will work in the coming years, but at the moment there are no operators – we need a foreign operator and investor with success stories to come to Spain to replicate the model.”

Aitor Perez, a partner at Gerokon, does not see a future for this market: “The main limitations are of use, as it is often endowment land, and the impossibility of buying these apartments.”

As well as this, until now, it has not been a product in high demand by Spanish retirees: “In Spain, people prefer to buy property and leave the inheritance to their children, who also take care of the parents, although this is already beginning to change.”

“In the Nordic countries people tend to be more individualistic,” says Bleekemolen.

For this reason, in its next project in Sant Pere de Ribes, the VolkerWessels group is studying the formulas for the sale and rental of houses “to attract the local public.”

The senior resort is just one of the forms of accommodation that exist for non-dependent seniors. Others are cohousing, coliving, serviced apartments.

The areas with the greatest potential to create new supply are Madrid, Catalonia, the Basque Country, the Balearic Islands, the Canary Islands, Valencia and Andalucia.