The Queen spends her 74th wedding anniversary without the Prince 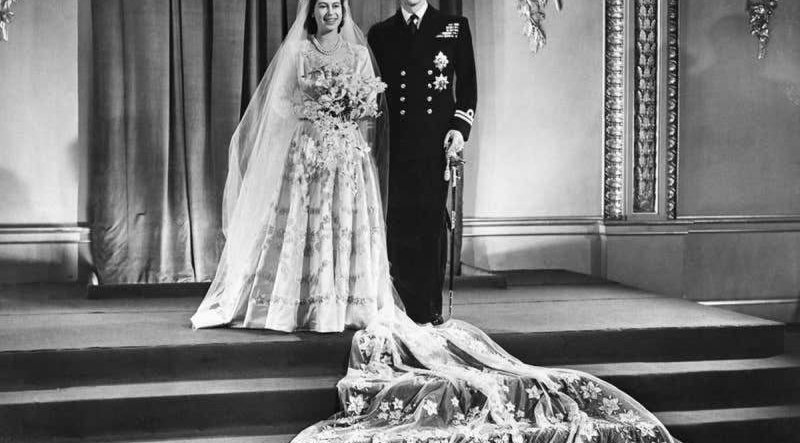 The Queen has poignantly reached her first wedding anniversary without her late husband, Prince Philip, the Duke of Edinburgh.

Seven months without her Prince

The difficult milestone, seven months after Philip died at the age of 99, would have seen the royal couple celebrate 74 years of marriage.

It is also a month since the Queen was admitted to the hospital for preliminary investigations and later ordered to rest by her personal doctor.

The 95-year-old, sprained her back on the morning of Remembrance Sunday and pulled out last minute. Since her overnight hospital stay on October 20, Her royal highness has only been carrying out light duties since, including a face-to-face audience this week with the outgoing military chief General Sir Nick Carter.

However, recent reports suggest the Queen is determined to attend the joint christenings of her great-grandchildren in Windsor tomorrow Sunday, November 21.

She has told courtiers she is set on being present this weekend as her granddaughters Princess Eugenie, 31, and Zara Tindall, 40, celebrate the joint christening of their babies at the All Saints Chapel in Windsor Great Park, according to the Sun.

It is believed she will make an ’11th-hour decision’ and is taking advice from her personal doctor, with a source saying she is ‘keen to be there’ as she ‘knows how important it is’ for her children and great-grandchildren.

Their enduring relationship lasted the longest of any British sovereign and Philip was at the Queen’s side throughout the decades, supporting her as she devoted herself to her role as head of state.

Following his death in April, the Queen said she and her family were in a ‘period of great sadness’, but that she was comforted by the tributes paid to him. “We have been deeply touched, and continue to be reminded that Philip had such an extraordinary impact on countless people throughout his life,” she said. Today will a very intimate day for the Queen. It will be a day full of reflection, sadness and happiness as she reflects on the memories of her life spent with her true love. Her first anniversary without the Prince cannot be easy, but the Queen is a strong lady.